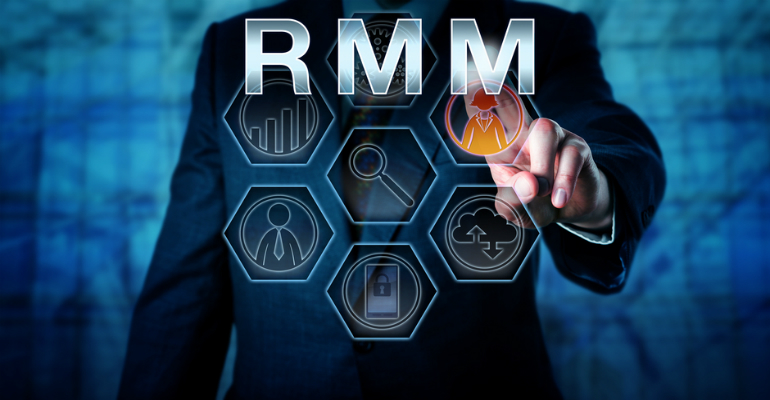 The Doyle Report: Can Atera’s 3-Pronged Plan Distinguish It in the Crowded RMM Market?

Company CEO Gil Pekelman says his company is the one to watch in the crowded RMM and PSA space.

What a period it’s been for the PSA/RMM market.

Early in May, Kaseya announced plans to buy Unitrends, giving it a strong footprint in the data-protection market. (This follows the December 2017 acquisition of Datto by Autotask investor Vista Equity Partners, which merged the two companies.)

Then this week at the Kaseya Connect 2018 Conference, Kaseya announced Kaseya One, a role-based, single-pane-of-glass management dashboard that helps IT managers quickly and easily get a handle on their infrastructure management. The single interface works with all Kaseya IT Complete applications, including RMM 2.0 Suite, Security Suite, Backup & DR Suite, Office 365 Suite, PSA and more.

Additionally, Autotask, Continuum and others have been making headlines.

There there’s Atera, an Israeli-based technology provider that has been around since 2011. Atera provides RMM, PSA and remote access. Its goal: “… provide MSPs of all sizes with the most advanced tools and data to make a success of their business.” By way of extension, the company believes that it can improve the quality of IT for SMBs everywhere.

Given all the seismic changes in the RMM and PSA market, I reached out to Atera to see 1) what sets it apart from its competition; and 2) whether it has any plans to enter adjacent markets or make some acquisitions. He’s what I learned in an interview with CEO Gil Pekelman.

Pekelman believes that his company has three unique distinctions that sets it apart from the rest. First, Atera is the only provider of PSA and RMM technology that does so from a single code base optimized for the cloud, he says. So, whether you’re doing patch management, sending out alerts, or managing a help desk, you do so from one solution.

What does this mean in real-world terms? It means that when an alert is created, it automatically opens a ticket that automatically gets routed to the proper technician (who may already be aware of the issue thanks to the company’s predictive analytics). After remedying the problem, the system automatically calculates how much time the technician spent on the problem and creates an invoice that factors in the customer’s billable rate.

Secondly, Pekelman says, Atera stands out due to its simplicity and ease of use.

“One of our key breakthroughs is the simplicity. It is to the level – and I’m not exaggerating – of Facebook, which is a very complex piece of software, but that anybody can get into and start working with within minutes,” says Pekelman.

Unlike some of the solutions from his rivals, Pekelman says, an MSP can on-board and run Atera’s software literally “within minutes.” Furthermore, there is no need for presales training, professional services and more.

Finally, Atera believes that its pricing model is not only unique, but disruptive, too. Based on IoT infrastructure, the cloud-based platform makes it possible for Atera to offer its software for just $79 per month. That’s well below the entry price of several other well-known brands.

The distinct approach has helped Atera amass a partner base that numbers in the thousands.

So are the distinctions real? Autotask, for example, says it has the only “unified” PSA platform available in the market. Kaseya, meantime, now boasts “single pane-of-glass” administration from any smart device.

While you ponder that, you also have to wonder if Atera can continue its fast growth given that two of its rivals have made big bets in data protection. Does Atera need to make a similarly big, bold move?

For the immediate future, he believes the three aforementioned attributes are enough to attract MSPs in sufficient numbers to help Atera attain its financial goals.

One other way the company hopes to distinguish itself: sharing data insights with MSPs. With a window into thousands of customer networks and systems, the company is able to analyze reams of technical data at its fingertips, and make the data available to MSPs to help better serve their customers. In addition to things such as customer response times, time spent working on a trouble ticket and more, the company also has collected data on pricing.

“Benchmark intelligence has found that in the United States, the average hourly rate for MSPs is $100, around 20 percent higher than in Canada and Europe. By adding a special level of expertise or added value, some MSPs are raising this to as much as $250 per hour, without pricing themselves out of the market,” Atera says.

Add it all up and Pekelman believes his company can be the Dropbox or Zendesk of MSP automation providers. It’s not looking to be acquired (though it gets plenty of offers) or buy additional companies. Atera, Pekelman says, is taking the “Steve Jobs” approach to growing a business: While it sees what others are doing, it’s carving out its own niche, following its own path and pursuing its own dreams.

Hey, it’s worked for some.