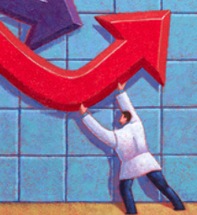 Level Platforms, according to multiple managed services providers, has caught its second wind. The company, which develops remote monitoring and management software for MSPs, spent most of 2008 and 2009 stabilizing its platform.

Level Platforms, according to multiple managed services providers, has caught its second wind. The company, which develops remote monitoring and management software for MSPs, spent most of 2008 and 2009 stabilizing its platform. Fast forward to the present and multiple factors — a new software release, an improving economy, key software partnerships, and an emerging relationship with Synnex — apparently are giving Level Platforms a timely lift.

The latest sign of success involves Dave Sobel, CEO of Evolve Technologies, a well-known MSP in Fairfax, Va. Sobel announced via FaceBook today that he’s made the move to Level Platforms’ software. Evolve had been running Kaseya and Zenith Infotech. Sobel says he looked at every product on the market, and he spoke highly about Kaseya and Zenith Infotech, but he ultimately chose Level Platforms because the product (including a device manager agent component) is solid. Combine that with Level Platforms’ agentless technology and Sobel said he found a full, single-vendor solution. Plus, Sobel likes Level Platforms’ deep relationships with Microsoft, Symantec and other big software companies.

I realize: Plenty of MSPs continue to embrace Kaseya, Zenith and other platforms every day. My best guess: Kaseya and Zenith each remain five to seven times that of Level Platforms’ annual revenue size (each company is privately held). But Evolve is a significant win for Level Platforms, since Sobel is an industry influencer; he’s very active in HTG Peer Groups, very vocal on social media sites and active on the channel speaking circuit.

Multiple sources say Level Platforms spent most of 2008 and 2009 fixing its base platform and improving stabilization, while the 2011 release shifted the focus from stabilization to innovation. While some rivals pushed into the enterprise and corporate IT departments, Level Platforms maintained a keen focus on one core market: Managed services software for the SMB market.

Level Platforms has also found itself in the right place at the right time. When Synnex — a massive distributor — in November 2010 ended a managed services relationship with IT Control Solutions, Level Platforms soon after stepped in to fill the void for Synnex, sources say.

I concede: During the economic recession I had my doubts about Level Platforms. I wondered if the company could stay in the game against far larger entrenched rivals and upstart SaaS providers. But the Managed Workplace 2011 release, according to multiple unsolicited partner comments, seems to be the real deal. Now, small publicly disclosed wins (Evolve Technologies) and big privately confirmed wins (the Synnex relationship) could give Level Platforms a further boost.

Of course, I need to keep bigger picture trends in mind. Generally speaking, most of the major RMM software suppliers — both SaaS and on-premise — seem to be in growth mode amid the economic recovery. By all accounts, the managed services market continues to expand rapidly.

But Level Platforms’ core partner base sounds particularly upbeat. And Level Platforms seems to be building relationships with some big software companies. One example: In an email exchange, Sandiford mentioned to me the recent Level Platforms road show included a special session hosted by Symantec.