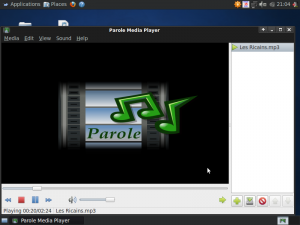 The upcoming release of Ubuntu 10.10 promises a variety of new features for Ubuntu’s desktop and server editions. But it will also bring significant changes for Ubuntu’s lightweight cousin, Xubuntu.  Here’s a look at some of the most important updates for the Xfce-based Ubuntu variant, including several that will increase its independence from standard Ubuntu.

Admittedly, until I downloaded the Xubuntu alpha 3 release, it had been a while since I tried the distribution.  I used to run it on some lower-end machines, but I gave it up a couple years ago because the performance improvement over Gnome-based Ubuntu was not drastic enough to justify the features missing in Xfce, at least for me.

For a truly lightweight system, something like Lubuntu seemed more appropriate than Xubuntu.  After all, at its core, Xubuntu has traditionally retained a high level of dependence on Gnome, making it hard to distinguish in many respects from standard Ubuntu.

I might have to change my view of the distribution after testing the Xubuntu 10.10 release, however.  While it’s still not the most resource-efficient system available, it has increased its independence not only from Gnome but also from the standard Ubuntu application stack, replacing many of Ubuntu’s stock programs with lightweight alternatives.

For starters, the Parole media player has replaced Totem, the standard music and video-playback application in most Gnome-based Linux distributions. Here’s a look:

For the most part, Parole looks and acts pretty similarly to Totem.  But it’s designed for Xfce, and thus helps Xubuntu stand out as a distribution of its own.

Another signification departure from regular Ubuntu is the replacement of Gnome’s task manager with Xfce’s own alternative, xfce4-taskmanager:

A task manager is a task manager, and there’s only so much that can be done to make it unique. But as with Parole, the fact that this is an Xfce-specific application helps Xubuntu carve a niche for itself distinct from the one that Ubuntu already fills.

Other notable applications that distinguish Xubuntu from Ubuntu include the Exaile music manager, Pidgin instant messenger and Orage calendar client, as well as Abiword for word processing.  In addition, Xubuntu’s crisp dark-blue artwork is a clear departure from Ubuntu’s purple theme.

Of course, despite efforts to distinguish it from Ubuntu, Xubuntu still retains some Gnome dependencies. It ships with the Gnome games package and File Roller, for example, and uses Gnome VFS.  Nonetheless, it’s encouraging to see more uniqueness in the distribution, especially given the uncertain future of the Gnome-Ubuntu relationship as the release of Gnome 3.0 approaches.