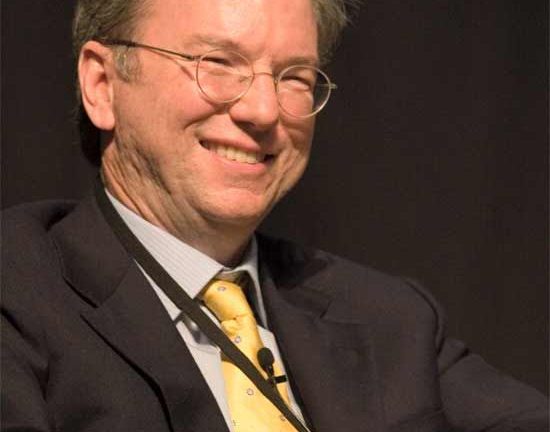 Here's something to think about: What if Google Executive Chairman and soon-to-be former CEO Eric Schmidt became the next CEO of Apple? Don't think about it too long, or blood may come out your ears, but it was actually suggested during an interview with Schmidt on CNBC. So what's the deal? Read on ...

Here’s something to think about: What if Google Executive Chairman and soon-to-be former CEO Eric Schmidt became the next CEO of Apple? Don’t think about it too long, or blood may come out your ears, but it was actually suggested during an interview with Schmidt on CNBC. So what’s the deal? Read on …

According to a Dow Jones Newswire report, Schmidt was asked if Apple had approached him about a position in the company after he’s no longer CEO at Google come April 2011.

Schmidt was quoted as saying gracefully, “In the first place, it’s not appropriate. Steve [Jobs] is still the CEO and I hope he continues forever,” and then answered a follow-up question regarding whether Apple had reached out to him by saying, “I’m not going to talk about private conversations with anybody.”

Well then, that’s the end of that, right? It’s an odd question to ask considering the circumstance, but it’s not out of the realm of possibilities, since Schmidt had been on Apple’s board of directors for roughly three years. Still, Schmidt’s answer was rather coy, and more importantly, why is this the second day in a row that people are speculating about Jobs’ health?

Can I picture an Apple with Schmidt at the head of the company? I don’t know. Schmidt and Jobs have been seen together, but their private rapport is unknown, as is Schmidt’s relationship with other higher-ups at Apple. But if Schmidt did step in and didn’t adhere to the Apple philosophy, I don’t think he’d last long. However, if he slipped into the Apple skin and offered a few innovations and motivations in the way of accelerating or enhancing Apple’s existing product line, it could be beneficial. I would love to see a more tightly knit integration of search and voice in my iPhone. Maybe some new methods of notifications, too.

One thing is for sure, Schmidt’s hypothetical presence at Apple doesn’t mean anything will be “open” anytime soon, despite Netgear CEO Patrick Lo’s comments.