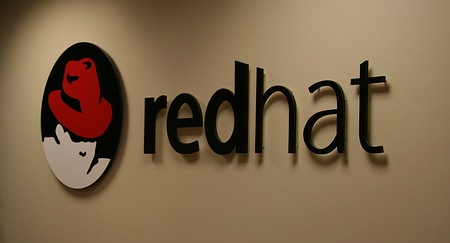 The channel is where it's at, but we were wondering what's going on with Red Hat in the channel.

The channel is where it’s at, but we were wondering what’s going on with Red Hat in the channel. Luckily, Mark Enzweiler, vice president of global channels and Roger Egan, vice president of the North America channel sales and development, were happy to discuss the Linux distribution vendor’s plans for the channel in light of emerging business models around virtualization and cloud computing. Here’s the deal:

Over the past 12 months, Egan said, Red Hat had 400 new opportunities from its partners representing more than $100 million of net new revenue. “It’s a tremendous business opportunity [for partners] for associated services, hardware drag, and more,” he said.

But, not one to rest on its laurels, Red Hat wants to triple that goal in the coming fiscal year, which begins in March. “We believe it’s a reasonable goal,” Egan said. “Partners are more engaged. We want to take it to the next level in North America, expand it to beyond deals [and] make our partners part of our extended coverage model.” High demand for migration opportunities, cloud and services all will help drive that revenue goal, he noted.

Red Hat has been busy expanding into Latin America and the Asian-Pacific areas, and in 2010 expanded its partner registration program into Europe. The company now has set its sights on expanding the registration program into the EMEA region. It will be modeled from the North American program, but with a slightly different channel program to suit the needs of the partners and region. “Operationally” it’ll be exactly the same, Egan said.

In the coming fiscal year, Red Hat is focusing on three priorities with its channel partners it believes will propel the company into accelerated growth, both financially and operationally, Enzweiler said. The first is partner leads and deal registration. “We’re looking for partners — unaided or limited aid, to drive more business. This year our partner lead business is 50 percent of the volume. We expect the base business will … stay at that level or improve.”

Red Hat’s second global priority is “optimization of the ecosystem.” “Virtualization, middleware [and] cloud are all the rage,” Enzweiler noted. “So I challenged our channel execs to re-qualify [their] reps. Rather than re-engineer a partner [program], we’re better off to requalify and look for the gaps.”

The company’s third priority for its channel partners is, “Asking guys to go to the next tier and develop business plans,” he said.

Red Hat in the Cloud

Red Hat clearly has its sights set on the opportunities in the cloud, but what is the company actually doing in the space? “That’s the best-kept secret in the channel,” Egan joked, “[but] we’re attacking it on all three fronts,” — virtualization, private cloud and public cloud.

Egan noted also that partners are extremely interested in KVM and RHEV and are earning the technical and sales certifications to offer the solutions. Red Hat is also working with its partners to help them better understand and scale out private clouds, with — of course — a focus on Linux.

“Universally, partners are anxious and chomping at the bit [for] differentiation,” he said. “We want to leverage all that value. We’re in a good position [since] partners want alternatives.”

Red Hat has been able to achieve good economic balance with its partner ecosystem, so both the company and its partners are happy. “No one is complaining about the margins with Red Hat,” Egan said, pointing out also that nobody is ever happy with any vendor’s margins. “But that’s not the topic [partners] want to talk about,” he added.

Driving more business with its partners has been a key theme for Red Hat. “We’re focused on less is more,” Enzweiler said. “[Having] 500 good partners isn’t the same as [having] 50 great partners. We don’t want to over-distribute. We want the best athletes.

“I feel very good about this year, and next year. We’re thrilled with our channel teams around the globe,” he said.