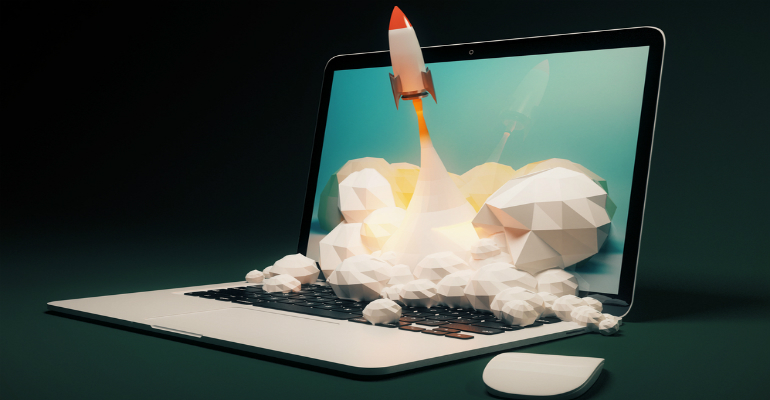 The latest version of the container platform now includes a hugepages feature, a CPU manager and a device manager, adding tools for admins.

Red Hat is again boosting its OpenShift Container Platform with a host of new capabilities for high-performance business users that will enable them to expand their use of containers within their IT infrastructures.

The latest version of the Red Hat OpenShift Container Platform (3.10), which the company recently unveiled, now includes full support for “huge pages,” which are a performance-optimization technique for large-memory applications such as databases, Java workloads and more. In addition, Version 3.10 also gets a new CPU manager, which now gives administrators the ability to schedule and reserve the use of whole CPU cores for applications, and a new device-manager capability, which is a Kubelet feature for creating specialized node hardware resources with the help of Kubelet device plug-ins.

With these additions, the platform is better equipped to handle an even wider array of demanding, next-generation business applications, including artificial intelligence, machine learning, neural networks and more, according to Red Hat.

Huge pages are all new in Red Hat OpenShift Container Platform 3.10. Previously only available in an earlier tech preview version, the huge pages feature supports the allocation and consumption of pre-allocated huge pages, making them a first-class entity in OpenShift. If huge pages are available on a node, the Kubelet will advertise them for consumption by applications, Red Hat said.

The CPU manager feature is important because it will now allow high-performance applications for artificial intelligence, machine learning and data science to schedule and reserve whole cores for themselves, which helps reduce Translation Lookaside Buffer (TLB) misses and context-switching, while improving CPU cache residency of application code, the company added.

The device manager is a Kubelet feature that provides a mechanism for advertising specialized node hardware resources with the help of Kubelet plug-ins known as device plug-ins. Using these features, organizations can run more applications on OpenShift natively, which can help ease the transition between legacy platforms and containerized workloads running on Kubernetes.

“With this release, these features are really critical for customers to be able to use the platform they want with granular features that let them to do things they want to do for performance-sensitive applications,” Brian Gracely, the director of product strategy for Red Hat OpenShift, told Channel Futures. “What this does for us is allows us to go after a broader part of the market with one platform that will help performance-sensitive applications.”

A lot of the development work that helped bring these innovations to Red Hat OpenShift came from the Kubernetes community, said Gracely, but important parts also had to come from people who are very involved with the Linux kernel, including developers from Red Hat itself.

“We really think of Red Hat OpenShift as the next-generation platform for Red Hat that lets people run compute applications anywhere in the world on top of the cloud,” he said. “For that to be successful, it has to be able to support a wide range of applications out there. For us this is a milestone.”

Larry Carvalho, an IT analyst with IDC, told Channel Futures that the improvements in the latest version of Red Hat OpenShift Container Platform are notable for business users and to channel partners. And with the advent of internet-of-things products and services, the need for low latency is growing beyond just financial enterprises to a broad spectrum of industries including manufacturing, transportation and oil and gas.

“As enterprises embark on their journey to building intelligence into applications, the importance of applying appropriate infrastructure resources to corresponding software workloads is essential to deliver modern features like machine learning and AI,” said Carvalho. “This OpenShift version helps companies in multiple industries improve their business processes and stay ahead of unpredictable competition.”

At the same time, he said, it won’t be a slam dunk for Red Hat in the marketplace.

“Red Hat OpenShift Container Platform 3.10 is a good play, but it will have to compete with an increasing number of on-premise[s] solutions like Google Cloud Platform and Microsoft Azure Stack,” said Carvalho. “Red Hat’s multicloud strategy will possibly help attract enterprises wanting a choice among public-infrastructure providers.”