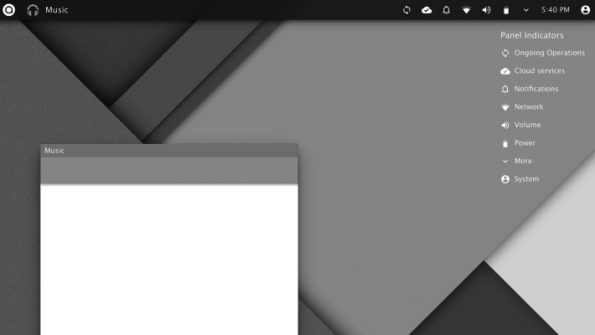 If you like Google's new Material Design style, and you also like Linux, your ship may be coming in. A few days ago, Quantum OS announced plans to build a totally new open source Linux distribution that will embody the design principles from Google that, for now, are mostly only available for Android Lollipop mobile devices.

If you like Google's new Material Design style, and you also like Linux, your ship may be coming in. A few days ago, Quantum OS announced plans to build a totally new open source Linux distribution that will embody the design principles from Google that, for now, are mostly only available for Android Lollipop mobile devices.

Initially called Quartz OS, Quantum OS changed its name for copyright reasons — a fact that already places it in the company of some very successful open source projects, like Pidgin, formerly known as Gaim, not to be confused with AIM (who knew AIM was still a thing?).

Anyway, the project's goal, it says, is to develop "an operating system based upon Linux which conforms to Google’s Material Design guidelines."

To be clear, that means Quantum envisions doing much more than merely grafting a novel visual theme onto an existing Linux platform — which would probably not be too difficult at all by playing around with desktop themes and maybe some Compiz plugins or other compositor code — or tweak someone else's distribution with new eye candy. Its goal is to create a wholly original desktop shell and set of applications (although it will borrow the lower-level components of the software stack from an existing distribution, probably Arch).

That's a lofty goal, and it raises some questions. Does the open source ecosystem need yet another desktop shell? Is the competition between Unity, GNOME, KDE, Xfce, [insert your favorite environment here] not enough? Can the small group of people currently involved in the Quantum project (actually, there appears to be only one fully dedicated developer at present) really build a desktop environment that is as easy to use and prettier to look at than those sponsored by organizations with lots of money and professional engineers?

And then there's the question of how cool Google is going to be about a third-party open source project whose explicit goal is to clone its interface. The folks in Mountain View may not be subject to quite as much paranoia about other people copying their ideas as, say, Apple (they also didn't build their business by stealing ideas and code from the likes of Xerox and FreeBSD), but Quantum OS could still stoke some tensions.

This isn't to say Quantum OS is already a hopeless endeavor. Improbable things happen all the time in the world of Linux distributions. But for now, the project faces some big challenges. Here's hoping it will overcome them, because I can't keep looking at the Ubuntu Human theme in Compiz forever.