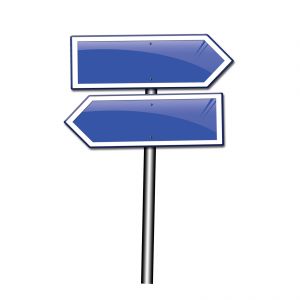 Isn't it ironic: Microsoft (the king of independent software vendor relations) is mulling the fate of Response Point VoIP for small business.

Isn’t it ironic: Microsoft (the king of independent software vendor relations) is mulling the fate of Response Point VoIP for small business. Meanwhile, Digium (the upstart company known for Asterisk) is building an online community for ISVs and partners that want to write unified communication applications. Hmmm. How will this story play out?

Let’s start with Microsoft. As of this writing, Response Point‘s fate remained unclear. Microsoft laid off some Response Point team members on May 5. And the company has gone silent since posting a cryptic blog about Response Point’s fate on May 7. The VAR Guy’s best guess: Response Point is either done or will be vastly reinvented — perhaps as a VoIP cloud service. Some sort of Microsoft update is expected in late May. But the date and message remain unclear.

Of course, Microsoft still has a rapidly growing unified communications business, which includes a $180 million UC relationship with HP. No doubt, Microsoft will challenge Cisco Systems in the enterprise Unified Communications market.

But when it comes to emerging VoIP opportunities and ISV relations, The VAR Guy can’t ignore the irony: Digium is building an ISV and partner community at the very time Microsoft has gone silent with its Response Point community blog…

Digium’s latest move involves Switchvox Developer Central, a “website for developers to connect with one another to share ideas and solve problems,” according to a Digium press release.

And yes, the developer site also targets resellers and channel partners. According to a prepared statement from Joshua Stephens, GM of Digium’s San Diego operations:

“The Extend API was one of the most important new capabilities released in Switchvox SMB 4.0 and we want to provide documentation for it in a living format. An administrator or reseller of a Switchvox system can integrate their phone system with a custom web application that’s completely tailored to their business or an employee’s job function.”

No doubt, Digium has been working overtime to build and strengthen its channel program. The company is building an Asterisk certification program. And Westcon became a global distributor for Digium in March 2008.