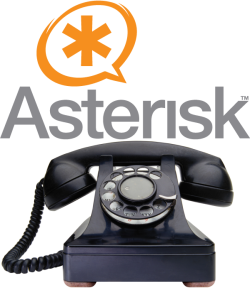 According to a Digium press release:

Affiliate partners will have access to Digium’s ongoing partner communications, as well as the partner portal, which includes marketing toolkits, videos and sales and technical training. As partners migrate to the higher levels in the program, Registered and Select, Digium provides greater benefits, including discounts, demo kits, sales and marketing support and enhanced technical and sales training. This tiered approach is designed to help partners grow their businesses with Digium’s Switchvox VoIP phone system and Asterisk custom telephony solutions.

Translation: Digium is growing up and leveraging a tiered channel approach that many networking companies pioneered in the 1990s.

Still, Digium itself is no stranger to the channel. The company landed near the top of the 2009 Open Source 50 report, which tracks the world’s most promising open source partner programs. (A 2010 research report launches in December 2009.) More recently, CEO Danny Windham has stated that Digium is profitable, growing and extremely channel focused.

True believers include EUS Networks, a VAR and developer in New York that has developed Asterisk-based solutions for hedge fund trading floors. Jeronimo Romero, CTO of EUS Networks, says he’s been partnering with Digium since before the company had an official partner program. “They’re big enough to be a real company but small enough to still pick up the phone when you call,” says Romero.

Despite that praise, Digium certainly faces plenty of competition. On the one hand, Digium is a market disrupter. But on the other hand, entrenched rivals like Cisco Systems, Avaya and ShoreTel (just to name a few) continue to enjoy strong VoIP-related phone system sales.