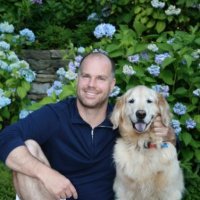 Jeff Leventhal is building an online marketplace for the second time in his career. The latest effort, called Work Market, is a Labor Resource Platform (LRP) that allows businesses to manage contractors. For VARs and MSPs, Work Market can identify on-demand contractors who can assist with IT projects, managed services and integration services.

Jeff Leventhal is building an online marketplace for the second time in his career. The latest effort, called Work Market, is a Labor Resource Platform (LRP) that allows businesses to manage contractors. For VARs and MSPs, Work Market can identify on-demand contractors who can assist with IT projects, managed services and integration services. True believers include iYogi, which is leveraging Work Market to expand beyond remote tech support to offer on-ground Tech Support Engineers.

Where Work Market Fits In

To power Business NonStop, iYogi has partnered with Work Market, according to a prepared statement from both companies.

Work Market goes beyond sites like eLance because eLance  “is not enterprise-ready,” said Leventhal. “You can’t run your business on it. Our site is about enterprise delivery and our clientele uses the site everyday. eLance is more of a one-to-one relationship. We’re a one-to-many opportunity. When you need an army, we’re here on demand.”

Some pundits also compare and contrast Work Market to Leventhal’s previous venture — OnForce (The VAR Guy will offer a separate update on OnForce later this week). In the meantime, Leventhal and Eric Castro, VP of client services, offered more insights about Work Market in this FastChat Video:

Work Market’s army of on-demand contractors seems to be growing. By the end of 2012, Work Market expects the platform’s annual run rate to hit $100 million.

Similar to a social media site, Work Market members “link” to other people within the system, organizing supply (IT professionals seeking business engagements) and demand (businesses or IT service providers that need help) to create a marketplace.

Work Market launched in August 2010 and the platform went live in August 2011. So far, Work Market has raised $11 million in capital. The first round was $6 million in June 2010, and another $5 million arrived in September 2011 to further accelerate the business.

As of February 2012, the system had 20,000 users. “The Labor Resource Platform is still a new category,” said Leventhal. “It encompasses the entire data supply chain. If you use the system well, you’ll curate best-in-class people ahead of sending them work.” Indeed, the Work Market system manages everything from verifying talent to the terms of engagement, payments and ratings.

Work Market is built on Java and open source frameworks “so it scales,” added Leventhal. As of February, Work Market had 32 employees but was looking for “100 sales executives” to drive more growth.

The VAR Guy will be watching to see how Work Market executes against that goal.