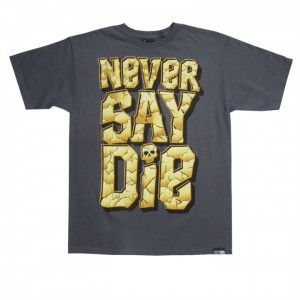 The One SMB Managed Service That Will Never, Ever Go Away

As small business IT solutions potentially shift into the cloud, some VARs and MSPs are striving to identify pieces of infrastructure (and recurring revenue opportunities) that can't float away into a rival's cloud. The idea, as ConnectWise CEO Arnie Bellini recently stated, is to find opportunities that allow you to drop anchor -- forever -- in your customers' small business offices.

As small business IT solutions potentially shift into the cloud, some VARs and MSPs are striving to identify pieces of infrastructure (and recurring revenue opportunities) that can’t float away into a rival’s cloud. The idea, as ConnectWise CEO Arnie Bellini recently stated, is to find opportunities that allow you to drop anchor — forever — in your customers’ small business offices. So, what’s the most reliable IT anchor of all? Which single managed service opportunity will never go away? Hmmm…

The short answer: Managed print services. As ConnectWise‘s Bellini pointed out, small businesses will always need printers. But for some strange reason many VARs and MSPs overlook the managed print opportunity. In fact, only about 29 percent of MSPmentor 100 survey participants offer their customers managed print services, according to data gathered in Q4 2009.

Smart move. But The VAR Guy wonders: Will savvy VARs and MSPs wake up to the managed print opportunity? After all, in-office printers are never going away.

Of course, The VAR Guy believes other managed services will remain viable for VARs and MSPs. And so does Bellini. In fact, during the June 23 webcast, Bellini pointed out roughly 20 IT products and services that can help VARs and MSPs bolster their recurring revenues.

What was on Bellini’s extended list? The VAR Guy is tempted to leak the entire strategy here. But … yada, yada, yada … that might risk a call from the feds.

Kidding aside, Bellini noted that SMB customers will always need some sort of network access device, whether it’s a desktop, notebook, tablet or mobile offering. All of those devices are potential Hardware as a Service (HaaS) opportunities for VARs and MSPs, Bellini asserts. (That explains ConnectWise Capital‘s 2010 investment in CharTec, a HaaS specialist.)

Plus, small businesses will always need some sort of network infrastructure to tie together internal communications, and a gateway out to the Internet. Who’s gonna manage all that “stuff” for small business customers?