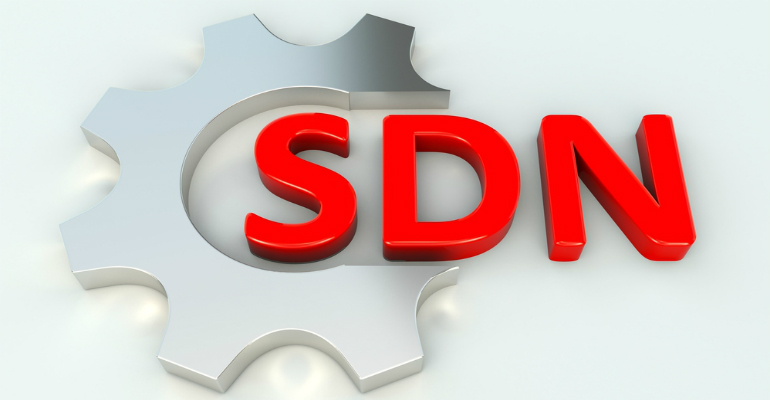 MSPs Get Ready, Because SD-WAN Is Mainstream

While still a volatile market, software-defined WANs are a rare opportunity.

Managed-service providers still taking a wait-and-see approach with SD-WAN need to get off the fence — now.

Last year, IDC reported that the worldwide SD-WAN market was experiencing a compound annual growth rate (CAGR) of nearly 70 percent and would reach more than $8 billion by 2021. According to IDC, while 2017 was characterized by SD-WAN pilots across a small number of sites, rollouts this year are dramatically increasing in both scope and frequency, as are the attached services opportunities.

While the potential for cost savings is there, other major benefits to SD-WAN are even more compelling for customers:

MSPs take note: SD-WAN adoption is rocketing, and if you’re not taking the lead in educating your customers about the benefits, someone else is.

Stepping Into the Arena

MSPs looking to choose an SD-WAN vendor partner are entering into a volatile and competitive landscape. By the end of the year, more than 40 percent of WAN edge-refresh initiatives will be based on SD-WAN appliances or virtualized CPE, up from 2 percent at the beginning of last year, according to Gartner. That’s bad news for router incumbent Cisco, whose base is now being targeted by over 40 niche, startup and mainstream players. In response, Cisco acquired Viptela last year; VMware quickly followed Cisco’s lead by snapping up SD-WAN leader VeloCloud.

As SD-WAN reaches the mainstream, the market is pointing to convergence around a handful of players. According to research by IHS-Markit, leaders VeloCloud, Aryaka and Silver Peak combined for almost half of the SD-WAN market in 2017, with VeloCloud leading the way. The company sported 19 percent market share. The still-crowded field offers a range of on-premises and cloud-enabled SD-WAN solutions but is ripe for further consolidation.

As the field narrows, both vendors and technology will consolidate into a handful of viable options — including carriers. Here’s a rundown of what AT&T and others are doing.

Despite paying lip service to choice, it’s no secret that carriers are reluctant to see customers replace expensive MPLS circuits with less expensive and more easily deployed broadband. Still, almost all carriers have added SD-WAN to their tool kits, and are offering it to customers in select cases — for example, where price is a key consideration, or large numbers of branches have to be turned up quickly. Overall, the carriers appear to be defensively positioning SD-WAN to protect their base.

Still, the news is mixed for the carriers. A recent Gartner SD-WAN study states that while almost 60 percent of North American customers would prefer a managed SD-WAN solution over buying and operating their own, 67 percent have a strong preference for non-carrier-managed SD-WAN services. That leaves the door wide open for managed service providers. Those MSPs with customers looking for availability, performance and cost-savings in their branch networks have a unique opportunity to compete, where the typical incumbents (Cisco and carriers) may be at a disadvantage.

The challenge for MSPs, however, is not a simple one: How can we navigate the shifting SD-WAN provider landscape while developing the sales and technical capabilities to be successful?

High Cost of Entry For MSPs

Even as SD-WAN enters mainstream adoption, customers are still voicing a number of concerns about the technology and the market. According to Gartner, the No. 1 concern, expressed by almost half (49 percent) of respondents, was a lack of familiarity with the technology. This was followed closely by concerns over vendor stability (44 percent), performance and reliability, ROI and the absence of a clear market leader.

The first concern represents an opening for MSPs. Customer demand for education around SD-WAN is significant, even in the SMB space, and whatever provider fills that demand will hold the inside track when the customer begins adopting the technology. MSPs, though, share a number of their customer’s concerns as they look to incorporate SD-WAN sales into their business. Many are wary of picking the wrong horse in a market that’s still shaking out. There are questions about the perceived reliability of SD-WAN technology and the underlying broadband network.

What’s causing most MSPs to pause, however, are the financial and technical barriers to entry into the market. Ramping up can be a complex and expensive proposition — technical and sales teams have to be recruited and on-boarded, support capabilities established, vendor certifications completed, marketing campaigns created and so on down the list.

Partnering with an existing solutions provider is an attractive alternative to building an in-house SD-WAN practice. It minimizes startup costs and technical barriers, allowing MSPs to begin selling efforts quickly with less burden on the business. All partners do not have equal capabilities, however. The task of choosing an SD-WAN partner should not be undertaken lightly. MSPs need to carefully review perspective partners in several areas:

Can MSPs afford to wait and see how the SD-WAN market settles before jumping in? Almost certainly not. The current 69 percent growth rate will slow, and incumbent carrier and edge-router providers will mount a counteroffensive. MSPs must take the initiative now. Perhaps the biggest reason not to hesitate lies with customers: According to Gartner, 93 percent of companies surveyed plan to use SD-WAN in the next two years, and 73 percent are already in pilot or deployment mode.

If you’re still waiting to get on the train, take a look around because it may already be leaving the station.

Chris Poupart is a networking and IT industry veteran and independent B2B technology marketing consultant. As a member of the Cisco Canada executive, he led the Canadian services team, engaging the Cisco partner community to grow sales and drive customer satisfaction. Prior positions included national sales and channel roles with Cisco, Nortel and Bay Networks. Based in Toronto, Chris writes about technology solutions and how they have the power to transform businesses and the workplace.