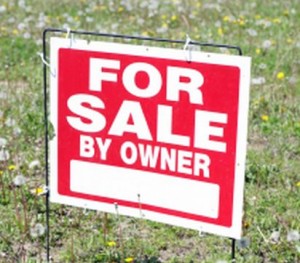 LANDesk Is Up for Sale

LANDesk, the systems management platform, is up for sale (again). LANDesk's current owner, Emerson Network Power, apparently expects to sell the LANDesk business by August 2010. Here are the emerging details, and the implications for VARs and managed services providers.

LANDesk, the systems management platform, is up for sale (again). LANDesk’s current owner, Emerson Network Power, apparently expects to sell the LANDesk business by August 2010. Here are the emerging details, and the implications for VARs and managed services providers.

Got all that? Good. Let’s proceed to the current LANDesk story…

When Emerson announced quarterly results on Feb. 2, 2010, the company quietly disclosed plans to sell of LANDesk. Deep within the press release, Emerson mentioned:

“Emerson decided that the LANDesk business unit of Avocent is not a strategic fit for Emerson and it is expected to be sold within six months.  Therefore, the results of LANDesk are being reported as discontinued operations.  Avocent had revenues of $390 million in 2009, excluding $150 million from LANDesk.”

The VAR Guy concedes: He didn’t hear about Emerson’s plans to sell LANDesk until this week. Two solutions providers reached out to our resident blogger, expressing concern about LANDesk amid an uncertain ownership picture.

“We’re already on LANDesk but we’re due to make some upgrades,” said one VAR. “How can I make that investment without knowing who is going to own LANDesk, and how the platform will be supported going forward?”

Hmmm… Great questions. The VAR Guy has reached out to Emerson and LANDesk, seeking an update on the potential LANDesk sale. The VAR Guy is watching the situation closely, especially since Symantec is rumored to be in the market looking to buy a managed services software platform.

Also, a channel source speculates that VMware may step in to buy LANDesk from Emerson. Looks like The VAR Guy needs to call VMware for comment now, too. But a VMware-LANDesk combo sounds a bit far fetched, given VMware’s focus on hype-growth opportunities.