Thirty percent of SMBs will look to outsource more of their security in 2020, according to an AppRiver report.

Small and medium-sized businesses will spend more on cybersecurity in 2020, according to a new study.

AppRiver‘s Q4 Cyberthreat Index for Business Survey concluded that 62% of SMBs will grow their cybersecurity budgets next year. And in some cases that means looking to the channel. Thirty percent of respondents said they will outsource more security tasks or invest more in an MSP. At the same time, a slightly higher number (35%) intends to obtain more in-house security personnel.

Only 10% of SMBs – most of whom employed less than 150 people – said they won’t make any new cybersecurity investments in 2020.

The survey found that 57% of SMBs do not feel cyber-prepared. AppRiver generated the data from 1,049 SMB (1-250 employee) executives and IT decision makers. AppRiver is owned by email security provider Zix. 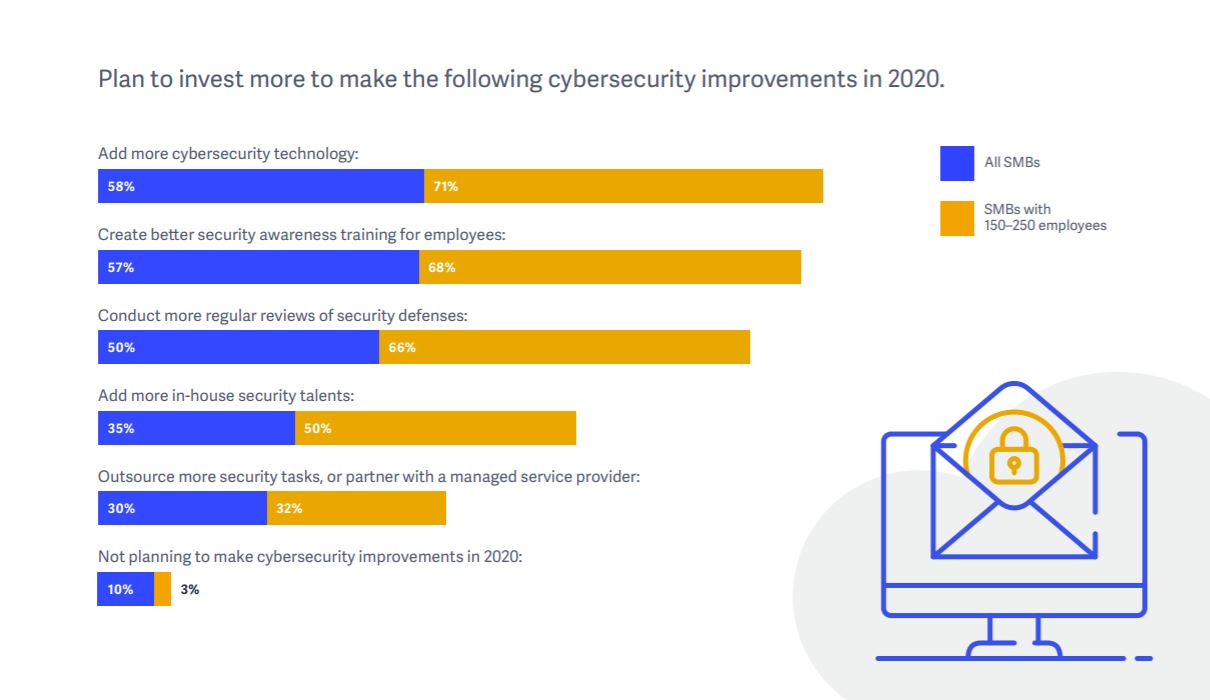 The fourth quarter report honed in on the fears business feel about the upcoming election. The vast majority (93%) of respondents worry that “foreign adverseries” will use small businesses as a stepping stone to wage a cyberwar.

“It seems unusual that small and midsize companies are concerned about foreign powers, but with elections coming up in 2020, they have legitimate reasons to worry about becoming vulnerable entry points for outside entities,” said Troy Gill, an senior cybersecurity analyst at AppRiver. “The silver lining is that they are actively planning to improve their security with new technology and better training for employees, which together, are a powerful combination.”

“That follows the pattern we’ve seen in business, where attacks have expanded from big corporations to small- and medium-sized businesses,” Wagner said. “While these attacks can originate from anywhere, the survey data shows that SMBs believe foreign actors and even nation-states may be targeting them as the first step toward access to larger companies or government agencies.”

#CyberMonday saw impressively large sales – $9.4B in the U.S. alone. You can bet hackers are taking note. Now is a great time to up your #cybersecurity measures.

Check out our Q4 Cyberthreat Index for the latest insight into today’s threat landscape. https://t.co/6WnhjwYqfo