MSPs need to step up their cybersecurity game and meet clients’ needs for threat prevention services. 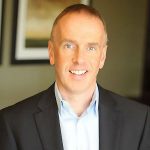 According to the FBI’s Internet Crime Complaint Center (IC3) and other industry reports, cyberattacks are now the fastest-growing crime in the U.S. and are said to be the greatest threat to businesses around the world. Last year, a ransomware attack with a $51,000 demand from cybercriminals on the city of Atlanta was estimated to have cost taxpayers a whopping $17 million.

Facing growing and increasingly costly cyberthreats, small-to-medium-sized business (SMBs) in the U.S. report they feel underprepared and outmatched by cybercriminals. In a recent survey of 1,035 SMB executives and IT decision makers by AppRiver, also a Zix company, it is revealed that: 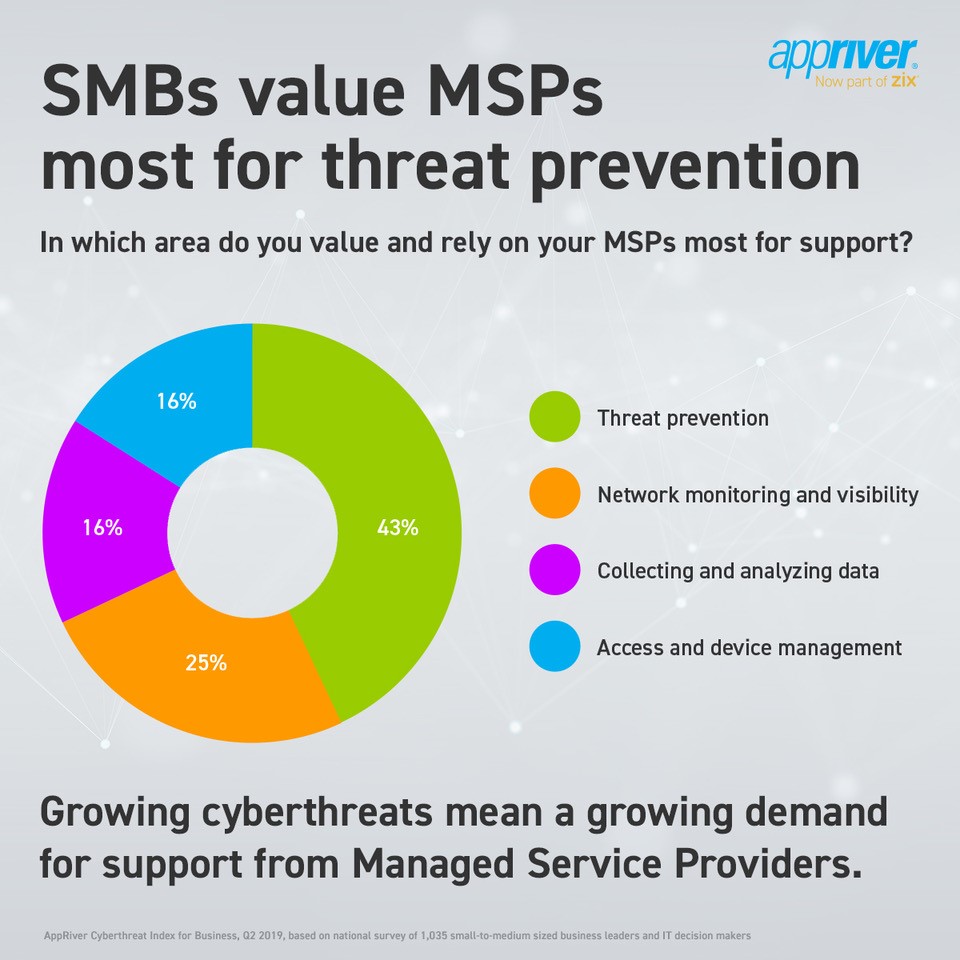 To that end, nearly eight in 10 (77%) SMBs say their cybersecurity partners are vital to their business success. This means managed service providers (MSPs) must take note and anticipate their clients’ shifting demands. While many small businesses feel self-sufficient with their office productivity needs, more SMBs increasingly turn to their MSPs as educators, protectors and mitigaters of potential cyberattacks.

In the AppRiver Q2 2019 Cyberthreat Index for Business Survey, more SMB decision makers say they now rely on their MSPs for threat prevention support than for any other key services:

“The biggest concerns among our customers is wrapped around the security of their data and networks. Most small- to medium-sized businesses simply do not have the budget in place to afford the resources needed to stay ahead of threats. That is where MSPs can step in and help,” said Steven Freidkin, CEO of Ntiva, a managed IT & cloud services provider. “Today’s reality is that SMBs are facing a tidal wave of cyberthreats, and they are relying on us to provide early warnings and safeguards to help keep them from going under.”

Verticals that report to be most in need of threat prevention support from their MSPs include business services and consulting, hospitality, manufacturing, marketing and media, nonprofit and the transportation and logistics sectors.

The proliferation of the cloud has increased businesses’ productivity exponentially but the exposure to new cyberthreats has caught some newly migrated SMBs off guard. We hear from many businesses that have recently moved to Office 365 and find themselves susceptible to unfamiliar attacks, such as spearphishing. This is unchartered territory many of them are not prepared for. And when they have MSPs that are also not equipped to support these ever-changing cybersecurity conditions, it spells trouble.

As businesses continue to migrate to the cloud, they will need to rely more heavily on the experience and expertise of managed service providers to ensure their security posture is appropriate for today’s threat landscape.

Businesses must be intentional in selecting MSPs that are security focused, which could be challenging when some SMBs lack the internal expertise to accurately gauge their security needs and have a business to run. But this is not something anyone can afford to put off. Businesses and their MSPs need to be proactive in threat prevention. We meet many hardworking, successful business owners who learn their lesson the hard way, often only after considerable damage – sometimes to the tune of tens of thousands of dollars – has already been done.

Geoff Bibby has more than 20 years of cybersecurity experience and serves as vice president of marketing and BDRs for Zix. Follow him on LinkedIn and @geb451 or @ZixCorp. on Twitter.