MSP of the Year Profile: Who Cares? SabinoCompTech Does

Angel and Nancy Sabino have spent the last 10 years building an MSP that will go the distance. Through every evolution, the care they show their clients is the one thing has remained constant.

This is the last in our three-part series profiling the 2018 finalists for the MSP 501 MSP of the Year Award. Winners will be announced at Channel Partners Evolution, Oct. 9-12. Read about finalists Premier Technology here and Cal Net Technology here.

In the fast-evolving IT channel, the definition of success is relative. The metrics by which one measures the success of a break-fix shop are no longer relevant when measuring key performance indicators (KPIs) for a recurring-revenue business model. SabinoCompTech, one of three finalists for the 2018 MSP 501 MSP of the Year Award, can attest to this firsthand.

Nancy and Angel Sabino started their Katy, Texas-based shop when they were 22 years old. Angel had been working for another IT services provider, and he felt he had the technical expertise and the client relationships to set off on his own. The Sabinos quickly realized that it would take time to build up a large enough managed-services clientele to turn a profit. To get a quick flow of cash, they started a residential business in addition to the SMB services business they already had.

“I remember making flyers for residential work and walking up and down our neighborhood with the kids handing them out,” says Nancy. 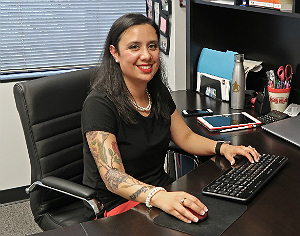 At the time, the Sabinos were running their company out of their living room, and they knew that was unsustainable.

“It felt pretty awkward having people drop off computers at our house,” she said.

So in the fall of 2009, the Sabinos opened their own storefront — and then spent several months praying that one more customer would walk through the door so they could break even. Those first days were a struggle, but within six months, business was booming so much they had to hire help. The IT side was doing great, but the residential side was consuming more resources than it was worth.

“We were having those conversations of, are we creating this ecosystem where one is feeding another, or are we running two different businesses, literally with two different heads, and how much is it costing us?” recalls Nancy.

In addition, they still had more break-fix clients than they were happy with and decided every client needed to be on a contract. They developed a single services package, and in 2015, six years after opening their storefront, they bit the bullet. The Sabinos let go of their residential clients and gave the rest of their clientele an ultimatum: Move to a managed-service model, or find another service provider. It was a hard conversation to have.

“Some of these clients watched us grow up,” Nancy remembers. “Some of them were people that Angel knew from the residential shop that he worked at previously. They’d been his clients literally since he was 18 years old until we made this shift. They were happy for us, but it was sad at the same time.”

When One Door Closes…

Neither Nancy nor Angel had any business training under their belts at that time, but they knew their trial-and-error approach could only get them so far. Nancy applied for and was accepted to Goldman Sachs’s 10,000 Small Businesses program, and quickly realized that everything they didn’t know was exactly what they needed to evolve. Specifically, they needed to hammer out a pricing structure that was as fair to their customers as possible, but still kept the lights on.

“I keep trying to make sure that we’re not overshooting or undershooting,” says Angel. “We have this knowledge and this skill and these ideas and these insights, and we just want to share them with people. Every model that we’ve tried out, or every little piece that we’ve moved, we’ve always kept that mindset.” 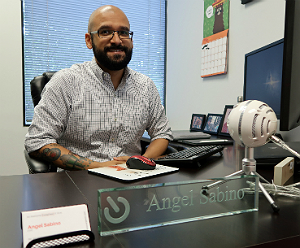 The Sabinos built their first package offering on a per-device basis, but quickly realized it wasn’t right for them. Every time a server or workstation had to be added, they had to have the pricing conversation all over again. They found when they were talking to customers about devices, it was almost impossible to turn the conversation from a technical one to a business-oriented one.

From the beginning, having a relationship with the customers they supported was critically important to the Sabinos. In every iteration of their business, they’d always taken the time to really sit down and talk to customers about their goals. Only then do they suggest technology that can support those objectives.

“It’s a continual conversation. I think because we run our own business we understand that things change,” says Nancy. “What you are thinking is going to be going on right now is not going to be the same thing that happens six months from now.”

In other words, success is relative.

When the Sabinos look at where the industry is headed, they know to brace for more change, and fast. They’ve built a robust managed compliance business, but they can’t stop there. There’s the cybersecurity opportunity to jump on, for example, and they’re looking for other ways to differentiate themselves from every other shop that professes to be an MSP. It’s a matter of continued relevance and positioning the company to evolve along with the channel itself. The couple is constantly asking itself where the value they provide lies and how they can convey that to their clients. It’s a challenge they suspect most small MSPs have to face. 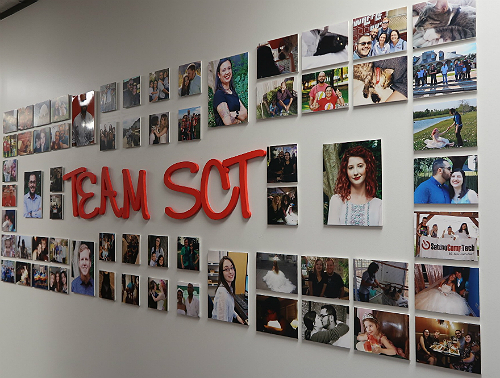 SabinoCompTech couldn’t get the job done without a great team.

“If you’re a tech person and you like fixing servers, you open up a company where you can fix servers. Then you have industry leaders telling you what you should be doing is being a consultant, being a “trusted adviser,’” says Angel, “Nobody gives you a class on how to do that, you know?”

Easy is one thing SabinoCompTech’s evolution hasn’t been. Through determination, absolute commitment to customers and the courage to take risks, they’ve learned and applied lessons that grew them from a small break-fix shop to an MSP that’s successful in all the ways that matter to them — at least, that matter to them now. Ask again in a year, and they’ll hold up a different set of KPIs by which they measure success. But there’s one goalpost that will never change.

“Funny enough, two or three days ago we were going for a walk. We were saying that it would be awesome if we could just share the things that we know how to do with people, and money wasn’t the object,” says Angel. “We have this very strong belief between the two of us that all we really want to do is help people.”