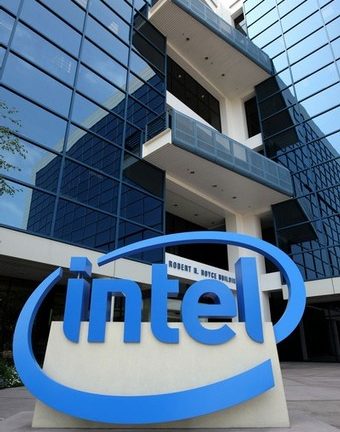 Google. Microsoft. Dell. Managed service providers (MSPs) spend considerable time wondering how those three IT giants will impact their businesses (for better or for worse). But I wonder why MSPs don't spend far more time tracking another IT giant -- Intel Corp. In 2008, Intel evangelized its vPro technology to MSPs. But in 2009 and beyond, I think Intel will shift its MSP initiatives to software in North America and Europe.

Google. Microsoft. Dell. Managed service providers (MSPs) spend considerable time wondering how those three IT giants will impact their businesses (for better or for worse). But I wonder why MSPs don’t spend far more time tracking another IT giant — Intel Corp. In 2008, Intel evangelized its vPro technology to MSPs. But in 2009 and beyond, I think Intel will shift its MSP initiatives to software in North America and Europe. Here’s why.

Full disclosure: I’m jumping the gun with this blog post. I’m scheduled to speak with Intel Europe representatives about their MSP strategy later this week.

But I’m starting to hear more and more about Intel’s existing — and potential future — software moves in the North America. So, I couldn’t resist the temptation to share some immediate thoughts.

The latest Intel buzz started when I blogged about growing MSP industry momentum in Europe — including Intel’s  own Multi-Site director tools for MSPs.

Some folks allege Intel’s European SaaS service is based on code from N-able. Intel and  N-able already partners with Intel on Centrino and vPro initiatives for MSPs. Is Intel now using N-able’s software for a European hosting service?

A spokeswoman for N-able referred questions to Intel. I hope to get a clear answer on the Intel/N-able relationship when I speak with Intel later this week.

Level Platforms CEO Peter Sandiford offered me this nugget of information in a recent email:

“As you learn about Intel’s Multi Site Director in Europe you might note that Intel chose Level Platforms for their recently launched managed services program for North America.”

Sandiford’s note seemed like big news to me. When I quizzed Sandiford further, he wrote:

All this came as news to me. Curiously, Intel is not listed among Level’s current hosting partners (the current partner list on Level’s site includes Ingram Micro, Do IT Smarter, Brookland, NetEnrich and iTWatch Managed Services).

With both of those factors in mind, it’s time for managed service providers to sit up and take notice.

Ultimately, Intel could shift the balance of power in the MSP software industry. Much in the way that Intel has helped Red Hat, Novell (and the broader Linux crusade) to chip away at Microsoft’s empire, Intel could also help selected MSP software providers to dominate the managed services industry.

Fast forward to the managed services revolution, and Intel’s choice in software partners could influence MSP standards and market share for the next decade.