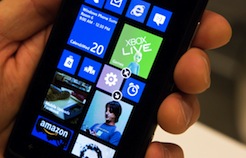 First, the good news for Windows Phone 8. The R.W. Baird survey covered 200 app writers — most of whom are from North America and Europe.

For channel partners, the more important discussion continues to focus on mobile device management (MDM), mobile applications management (MAM), and so-called enterprise app stores that VARs can set up for customers. It seems most MDM discussions in the channel focus purely on Apple iOS and Android. But Microsoft hopes to muscle in on more of the conversation soon — if customers open their arms to Windows Phone 8.