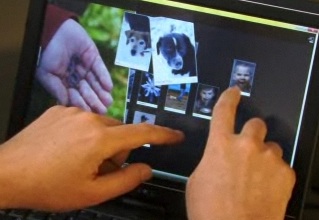 
The buzz surrounding Windows 7, slated to debut October 22, is generally positive. But where are the killer applications for Microsoft's new operating system?  The VAR Guy finally saw one: It's called SpaceClaim 3D Direct Modeling, and it features multi-touch capabilities. Is this a sign of things to come?

The buzz surrounding Windows 7, slated to debut October 22, is generally positive. But where are the killer applications for Microsoft’s new operating system?  The VAR Guy finally saw one: It’s called SpaceClaim 3D Direct Modeling, and it features multi-touch capabilities. Is this a sign of things to come?

Never heard of multi-touch? Sure you have. Check out an Apple iPhone or Microsoft Surface — where manipulating icons and images with your fingers is the norm. Soon, similar touch-driven technology will debut in Windows 7. And it’s a safe bet PC makers will debut Windows 7 desktops and portables that leverage multi-touch capabilities.

Still, Microsoft and PC vendors apparently won’t be alone in the market. There’s growing speculation that Apple will unveil a Tablet sometime between September and December 2009. If true, it’s a safe bet the Apple Tablet will feature multi-touch.

Meanwhile, the Linux crowd has its own multi-touch plans:

Competition continues to drive innovation. The VAR Guy will be watching closely as Microsoft lines up ISVs (independent software vendors) to focus on Windows 7 multi-touch applications.