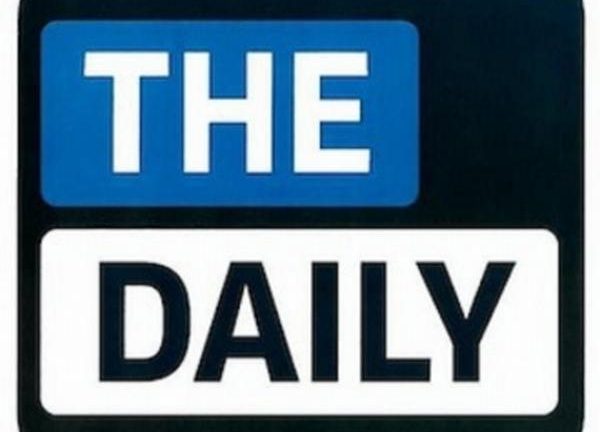 How Will ‘The Daily’ on iPad Change the Face of New Media?

If you didn't catch it last week, Apple and News Corp joined forces and launched The Daily, the iPad-only (for now, at least) news publication with news crafted specially and uniquely for the tablet device. And no, the full articles aren't available anywhere else.

If you didn’t catch it last week, Apple and News Corp joined forces and launched The Daily, the iPad-only (for now, at least) news publication with news crafted specially and uniquely for the tablet device. And no, the full articles aren’t available anywhere else. The VAR Guy spent a few days using the app, and now wonders whether this is indeed the future of new media.

First, The VAR Guy must say he’s impressed — from the price (dirt cheap compared to print subscriptions) to the design (eye-popping) and content (a mix of fresh ideas and old-guard standbys), The Daily has a lot going for it, in our resident blogger’s opinion.

Because the format eliminates ink, paper, shipping and traditional distribution, The Daily goes for a mere 14 cents an issue, or 99 cents a week. A $39.99 per year subscription is also available. That’s a price The VAR Guy can definitely live with.

Articles in The Daily look like they’re fresh out of a glossy print magazine. Plus, in-depth videos are embedded in the ‘pages.’ Heck, there’s even a new crossword puzzle every day. And every page has a comments page that can turned on and overlaid on the article. Readers can record a voice comment, or leave a text one. What’s more, because the comments can be turned on and off, they don’t clutter the bottom of the page. Those more competitive readers can even see user times for completing the day’s crossword puzzle. Plus, The VAR Guy can even get his horoscope. Thanks, Rupert Murdoch!

The VAR Guy thinks indeed this is the future — it certainly feels like it. The app greets users with a 30-second news video highlighting the day’s featured articles. A 3D ‘carousel’ of sections is at readers’ disposal for flipping quickly to parts they want to read. Push notifications are sent for breaking news, too.

The VAR Guy loves the fact that the content is fresh, real and vivid. The VAR Guy even found himself playing with a 360-degree image of the protests in Egypt while listening to one of The Daily’s journalists describe the scene. On the next page was yet another video nestled among the text. That’s a good thing: The Daily doesn’t skimp on writing real stories.

That blend of words and video provides a level of immersion our resident blogger didn’t anticipate, and we all know how much The VAR Guy loves a good surprise.

But even so, The VAR Guy wonders: If it is the future of media, is it ahead of its time? Consumer sentiment shows tablets are hot and the iPad has outsold all expectations. But will the digital publication model be accepted, and will people put their money into them without reservation? The VAR Guy is wary.

Completely digital subscriptions are still nascent, and it’s not a perfect model. If the device runs out of power, users can’t access the content. Plus, if there’s no Internet connection, readers can’t download the latest issue. And let’s face it: It can get annoying rotating the iPad to change viewing modes when looking at a photo gallery.

The VAR Guy speculates the real issue will be one of proliferation. Even though the price is right, the actual content — while being 100 percent original — is essentially the same as free news sites. Yes, The Daily provides ad-free videos and a nice cozy interface, but like with most publications that cover all types of news, readers tend to read only certain sections. The VAR Guy can’t say he really “read” the celebrity gossip section of The Daily, and he pretty much glossed over the sports section. Readers of tech news probably won’t want to replace their RSS readers with The Daily, either.

At the end of the day, it will be the consumer who decides whether The Daily lives or dies. And that’s why The VAR Guy believes new media — like the very one you’re reading now — will continue hold its ground.