Google is using VMware's VMworld to step up its effort to expand Chrome OS into enterprises.

VMWARE VMWORLD — Google Cloud’s first Chromebook Enterprise systems will come from Dell in the form of two Latitude mobile PCs bundled with a commercial grade version of Chrome OS. The pair of Chromebooks – one clamshell and the other a 2-in-1 – are making their debuts at this week’s VMworld in San Francisco, where Google is kicking off a stepped-up effort to pitch business-class notebooks to enterprises.

The Dell Latitude 5300 2-in-1 Chromebook Enterprise and the Latitude 5400 Chromebook Enterprise will become available Tuesday, Aug. 27, through Dell’s direct and indirect commercial channels with base prices that start at $819 and $699, respectively. Both are the first Latitude notebooks available as Chromebooks, and for that matter, the only enterprise laptops so far that come bundled with version of Google’s Chrome OS, supported by both companies.

Google launched Chrome OS Enterprise two years ago, a version of the operating system with added security and management features. Google has provided it for purchase as a separate offering, though none of the OEMs bundled it on their enterprise notebooks. While Dell is the first to offer an enterprise Chromebook, Google officials said the company is working with the other major OEMs to deliver the OS on their respective enterprise notebook PCs later this year, or in 2020.

“From a channel and reseller perspective, we’re really excited about having the ability to simplify the process of deploying Chrome OS, for those partners looking to deploy it to the enterprise,” said Bryan Lee, Google Cloud’s director of global distribution and Chrome OS commercial, in an interview late last week with Channel Futures. “No longer do they have to piecemeal a solution together, they can buy one product that brings the best of the Chromebook hardware, and then all of the manageability from an administrative perspective, all in one SKU. And this will be the first product the available on that.”

The release of Chrome OS Enterprise on the Latitudes, Dell’s flagship commercial mobile PC line, goes beyond bundling, added Eve Phillips, Google’s group product manager for Chrome OS Commercial, during a demo of the new systems at a recent briefing in New York. 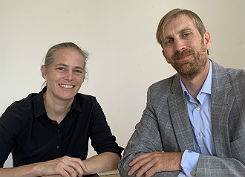 “We’ve had some commercial devices in the past, but this is the first time that we’ve really been able to work with an OEM, and work with Dell specifically, where we’ve been able to leverage the entire infrastructure and ecosystem that they have,” Phillips said. “So, from a support and capabilities perspective, we’re really excited to put the Chrome operating system on an enterprise device that organizations know and love.”

“One of the first things is when we talk to organizations, they say they want to have consistency in their current environment, Hansen said. “They don’t want to bring in a new operating system and things get completely get disrupted.”

Hansen said there’s growing interest in Chromebooks, but until recently, Chrome OS lacked some of the enterprise security and management capabilities available on Windows and Mac OS.

Other Chromebooks offered to consumers, such as Inspirons in Dell’s case, are typically limited in regard to memory, storage and battery upgrades and service capabilities.

“This system actually has screws on it,” Google’s Phillips said as she was demonstrating one of the new Latitudes.

The installed base of Chromebooks is small, accounting for less than …