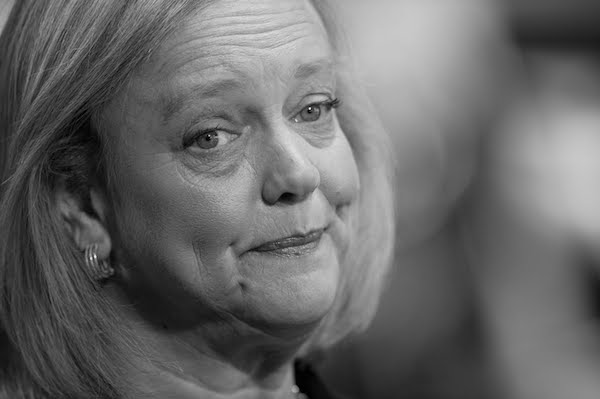 Hewlett-Packard (HPQ) will split its $56 billion PCs and printer operation from its enterprise hardware and services business, apparently satisfied that it has enough pieces in place to announce the move as soon as Monday, Oct. 6, according to a report in the Wall Street Journal.

Hewlett-Packard (HPQ) will split its $56 billion PCs and printer operation from its enterprise hardware and services business, apparently satisfied that it has enough pieces in place to announce the move as soon as Monday, Oct. 6, according to a report in the Wall Street Journal.

How HP positions the spin-offs likely will prompt a great deal of discussion and conjecture, from pressure to increase shareholder value to whether or not each business can perform better unencumbered by line items from the other.

In its Q3 2014, HP’s PC sales figured prominently in halting an 11-quarter sales losing streak as the vendor posted a 1 percent year-over-year sales uptick to $27.6 billion for the period. While HP’s net earnings for Q3 fell 27 percent from the same period last year to 52 cents a share, or 7 cents below the low end of the vendor’s guidance, its PC sales performed surprisingly well for the quarter, jumping some 12 percent, largely driven by Windows XP upgrades.

Sales for HP’s Enterprise group grew by 2 percent for the period, as x86 server sales rose by 9 percent and networking sales grew by 4 percent but storage revenue fell 4 percent, business critical systems slid 18 percent and technology services was off 3 percent.

With the recent disclosure that HP has huddled with storage giant EMC (EMC) off and on for about a year to discuss merger options and the vendor also being mentioned as a possible VMware (VMW) buyer, it’s clear HP is close to making monumental changes to alter the company’s entire framework.

Separating PCs and printers from HP’s other business units is not a new consideration for the company. In August, 2011, HP publicly confirmed it was exploring options to spin off its PC business, a strategic decision from which the vendor two months later backpedaled when Whitman replaced the deposed Leo Apotheker. And, in 2012, Whitman combined the PC and printer business into one operation.

While HP has lost its worldwide PC leader slot to Lenovo, the vendor still commands the top spot in the global server market based on factory revenue, generating some $3.2 billion in revenue to hold 25.4 percent of the segment ahead of IBM (IBM) and Dell, according to new Q2 2014 data from researcher IDC.