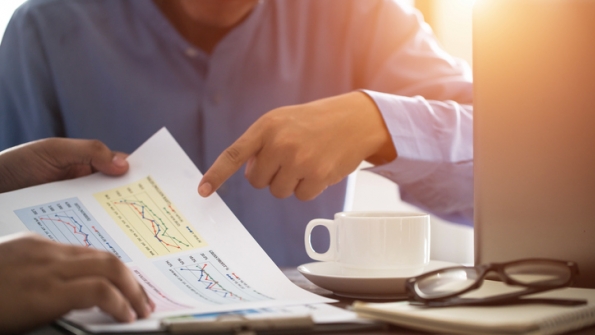 Toshiba is in favor of the proposal from KKR and Innovation Network Corp. of Japan because it would simplify regulatory approval and speed up the delivery of much-needed cash.

(Bloomberg) — KKR & Co. is in talks with Toshiba Corp. about a preemptive bid for the Japanese company’s memory chips business that would accelerate completion of a sale and end negotiations with other potential acquirers, according to people familiar with the matter.

Toshiba is in favor of the proposal from KKR and Innovation Network Corp. of Japan because it would simplify regulatory approval and speed up the delivery of much-needed cash, said the people, asking not to be identified because the matter is private. KKR and its partners, which also include Development Bank of Japan Inc., have indicated they would pay 1.8 trillion yen ($16 billion) to 2.1 trillion yen, one of the people said. Western Digital Corp.’s chief executive officer plans a trip to Japan this week to discuss joining the group, another person said.

Toshiba hasn’t definitively decided whether to accept the KKR offer and may still proceed with the auction, the people said. Kaori Hiraki, a spokeswoman at Toshiba; Toshimitsu Irie, a spokesman at INCJ; and a spokeswoman for KKR declined to comment. Rival bidders for the business include Taiwan’s Hon Hai Precision Industry Co., South Korea’s SK Hynix Inc. and Broadcom Ltd.

The company is selling off assets to plug a hole in its balance sheet after enormous losses in its Westinghouse nuclear subsidiary. The semiconductor business, which makes memory chips for mobile phones and other devices, is the most valuable asset. Toshiba is aiming to complete the sale by March 2018.

The company’s stock has lost half its value since December when it warned of multibillion-dollar losses in the nuclear unit. It also faces the potential delisting of its shares from the Tokyo Stock Exchange. The stock fell 0.9 percent Monday in Tokyo trading.

Toshiba has drawn strong interest for the semiconductor unit, but the leading bidders may struggle to close a deal quickly. Hon Hai, for example, has indicated it would be willing to pay as much as 3 trillion yen, but the Japanese and U.S. governments would likely oppose such a sale because of the potential for the Taiwanese company to shift Toshiba’s technology into China. Korea’s Hynix and Broadcom of the U.S. may face tough regulatory reviews because both are already in the chips business.

Western Digital CEO Steve Milligan is coming to Japan to investigate whether he should team up with KKR and INCJ, rather than pursuing his own bid, the person said. The San Jose, California-based company already co-owns a major fabrication facility with Toshiba in Yokkaichi and has indicated it wants to continue owning a stake. Western Digital has objected to Toshiba’s auction of the business and has said it should have exclusive rights to negotiate for the unit.

The involvement of state-backed INCJ and DBJ would likely help any potential acquirer win approval from the Japanese government. Western Digital has also said that it has talked with INCJ and DBJ.

Apple Inc., which uses Toshiba’s chips in its iPhones, wants to ensure steady supply in the market and is said to be among the potential investors in Toshiba. It would likely partner with another bidder and take a minority stake if it gets involved, people familiar with the matter have said. It’s not clear whether Apple would cooperate with KKR or with manufacturing partner Hon Hai or with another potential acquirer.