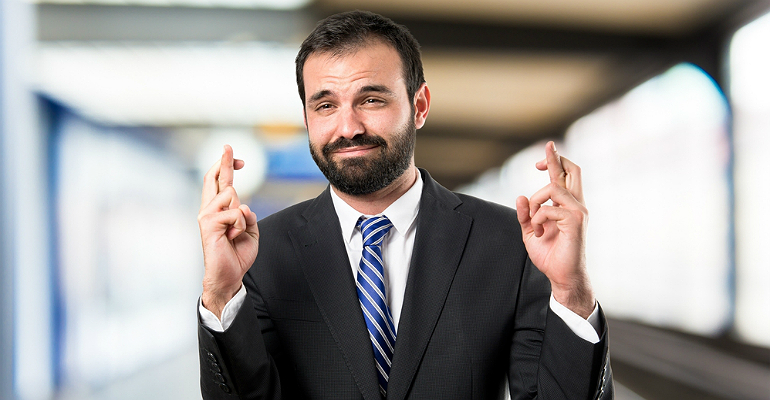 There are pitfalls, experts admit, but the positives show wide promise for the channel, including expansion into open-source business.

When he first heard that IBM is acquiring Linux and cloud vendor Red Hat in a $34 billion deal, longtime Linux and open-source sage Jon “maddog” Hall quickly posted a statement online, saying that despite concerns from some naysayers, the move will likely be a good thing for everyone involved.

Known commonly as “maddog” throughout the open-source community since starting out decades ago as a programmer, systems administrator, product manager, consultant and author, he told Channel Futures that he sees the acquisition as a boon for IBM, Red Hat, for the channel partners of both companies and for the free and open-source software communities as well.

“Red Hat has always courted enterprise customers,” he said. “They just merged with the largest and most trusted of enterprise companies in the world. IBM knows channels, as does Red Hat. IBM funnels their business to channel partners. Channel partners, recognizing their limitations, funnel big projects to IBM.”

“Now any customer of Red Hat knows they have the experience, backing and scope of IBM to help them with their solution.”

And since IBM has over the past 20 years learned that it’s easier, faster and cheaper to use open source to help customers solve their IT problems, he said, bringing in Red Hat as an IBM-owned business will drive that mission even further.

“This has been the most talked about tech event in 2018 [so far],” he said. “When the shock is over and people realize what has happened, this deal may be one of the most important. Nothing is certain. This partnership could still fail, but from everything I have seen, both companies would have to try very hard to have it fail.”

Other open-source community leaders feel the same, including Jim Zemlin, executive director of The Linux Foundation, which works to support open-source projects to accelerate technological innovation around the world.

“IBM’s announcement that it is acquiring Red Hat presents a tremendous opportunity for both organizations and highlights the importance of open source in the tech sector,” said Zemlin. “IBM has been a major open-source advocate for over two decades, promoting and defending Linux and open source at critical points in its history.”

Through IBM’s initial $1 billion investment in Linux in 2000 and its longstanding commitment as a top open-source contributor, Zemlin said that Big Blue has shown its interest in the technology leading up to this acquisition.

“We believe IBM will be a good steward of Red Hat and look forward to continuing to collaborate with both Red Hat and IBM,” he added.

Marc Fleury, the founder of the open-source JBoss application server platform, which Red Hat acquired in 2006, calls the IBM acquisition a positive step as well.

Bill Weinberg, principal analyst at Linux Pundit and a longtime open-source observer, said that with their relatively minor channel partner overlap, the channel presence for the two combined companies will be formidable. But there will be some adjustments.

“The channel is not monolithic in its ability to address vertical and revenue-based markets,” explained Weinberg. “I think larger channel partners will rejoice because they’ll have new solutions for a wider range of customers across enterprise and midmarket.”

Others will view the deal differently, he said.

“When it comes to open-source technologies, there are channel partners that are going to look at the merger as shrink-wrap resellers of packaged solutions, others more as VARs, others as service providers, and still others as integrators — each with their own take on the acquisition.”

One area where channel partners will have to choose their strategies is when it comes to any potential hybrid cloud offerings from the two companies — because they won’t be seamless, said Weinberg.

“Red Hat deploys its OpenStack-based based infrastructure, while IBM builds on Cloud Foundry and other technologies. Both will look to open-source Kubernetes to orchestrate across these underlying infrastructures. It will be interesting to see how channel partners geared for one or the other will shift to embrace some combination of the two, with or without Kubernetes.”

Another analyst, Patrick Moorhead of Moor Insights and Strategy, said he still has some skepticism about the deal.

“Overall, it’s not immediately obvious to me how the marriage between IBM and Red Hat brings combined value to the market,” he said. “IBM will need to heavily leverage the channel for this acquisition to be successful. The incremental growth will need to come from how many new accounts, likely Red Hat accounts, that it can monetize.”

To have a chance to make that successful, the two companies really need to figure out how they will work together to serve their customers, said Moorhead.

“The quicker IBM sets the ground rules for the channel, the better, as there could be a fear of the IBM direct sales force. As IBM is channel-friendly when it wants to be, an early communication will be appreciated by the channel, I am sure.”