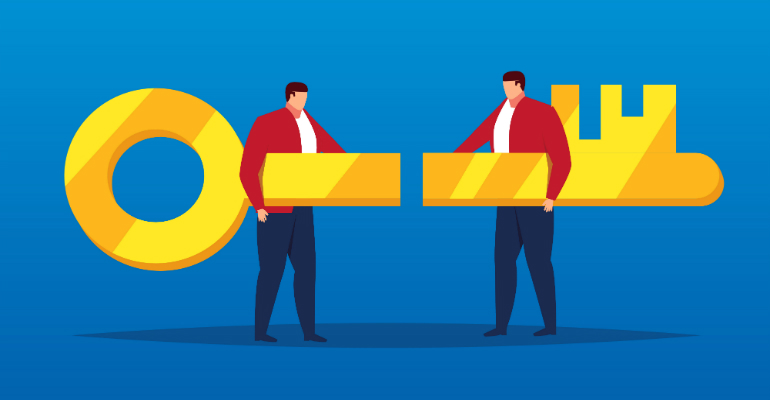 The acquisition is expected to close in the next six to nine months.

Speculation intensified last month that Dell was looking to offload RSA, which it gained through its acquisition of EMC in 2016. The transaction, which includes the purchase of RSA Archer, RSA NetWitness Platform, RSA SecurID, RSA Fraud and Risk Intelligence, and RSA Conference, is expected to close this summer or fall.

Eric Parizo, senior analyst at Omdia, tells us what happens next is unclear as STG is a “somewhat unknown entity, and this is certainly its biggest play in cybersecurity to date, but it doesn’t have a history of long-term holdings.” He expects a relatively short period in which Symphony “right-sizes” the business, and then flips it to one or more other buyers.

“I’ve long believed that RSA may be worth more if it were broken up than sold as a whole,” he said. “Its various product lines are hardly complementary, and its product lines may be more valuable individually to other vendors already competing in those segments. For instance, it wouldn’t be a surprise to see a deep-pocketed vendor like Cisco eventually try to pick up NetWitness, given Cisco’s longstanding and successful technology partnership with RSA and its strong need for a ‘front end’ for its SecOps ambitions. And of course the RSA Conference events and brand remain hugely valuable.”

“In determining the best long-term future for RSA, we sought a partner that was enthusiastic about RSA’s mission, committed to its customer and partner base, and interested in maximizing the power of RSA’s talent, experience and tremendous growth potential,” wrote Jeff Clarke, Dell Technologies’ COO and vice chairman, in a blog, “We believe STG will be the right custodian to achieve these goals. RSA, including RSA Conference, is invaluable to our customers and the security community at large — and with that in mind we will work to ensure a seamless transition.”

Parizo said the move is hardly a surprise, as RSA has been rumored to be on the block for years now.

“At various points it seemed as if there were reasonably good opportunities to integrate RSA technologies with those of the broader EMC/Dell product portfolio, such as RSA SecurID and other IAM tools with Dell’s Quest Identity Manager, or RSA NetWitness or its endpoint security capabilities with technology from VMware,” he said. “However, last year when VMware acquired Carbon Black to serve as the technological centerpiece of its new cybersecurity group, it became clear that RSA was a non-starter within Dell and VMware, and a sale of RSA was inevitable.”

There are some surprises about the announced deal, Parizo said. Some may have expected a higher price tag, but considering RSA has “essentially treaded water for the past decade, and that EMC acquired RSA for approximately $2.1 billion in 2006, the clear message is that RSA has gained no value in the past 13 years,” he said.

“That is a brutal reality for all involved,” he said. “The companies also announced an unusually long closing period of six to nine months. This is likely due to RSA’s heavy involvement with the U.S. government and the scrutiny the deal may receive, but this also increases the slight possibility that the deal may be modified in some form before it closes.”

“As one of the world’s elite security brands, RSA represents a great opportunity for solving some of the rapidly developing customer challenges that go along with digital transformation,” said William Chisholm, STG managing partner. “We are excited and fully committed to maximizing the power of RSA’s talent, expertise and tremendous growth potential, and continuing RSA’s strategy to serve customers with a holistic approach to managing their digital risk.”