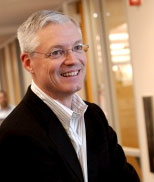 The channel organization will transition to Dragoon from Javier Colado (promoted to president of EMEA) over the next two months. When Novell announced Colado’s promotion on  Jan. 7, some folks speculated Novell would search for a new channel chief. But to TheVARGuy.com’s team, it sounded all along like Dragoon would be the channel chief going forward.

Meanwhile, former F5 channel chief Steve Hale is joining Novell’s channel team. The VAR Guy broke news about Hale leaving F5 back in December, and our resident blogger has been waiting for Hale to disclose his next move. (Don’t be shy, Steve: You’ve actually got The VAR Guy’s number.)

And what about Mark Taylor, the person charged with leading Novell’s end user computing partner efforts forward? The VAR Guy has to do a little more research there.