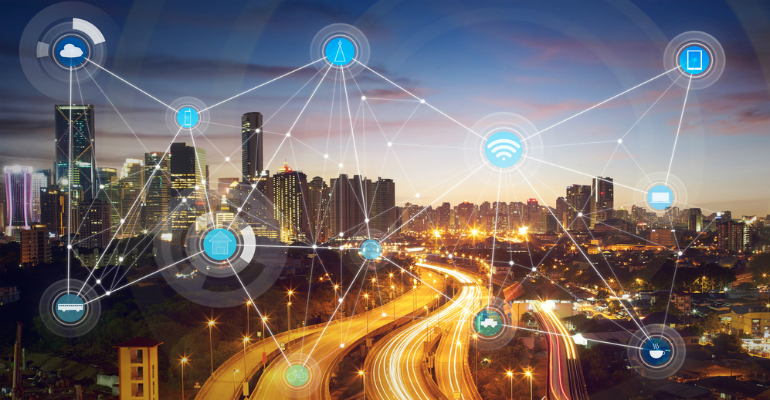 The smart-city market is growing at a rapid clip.

Smart city initiatives are underway across the country, but they face funding and technology challenges. Many cities want to upgrade infrastructure to improve resident experience, safety and to generate revenue.

But modernization can be too costly without help from private companies.

Only about 16% of cities can self-fund their infrastructure projects. That prompts some to join forces with private companies to fund infrastructure projects such as smart streetlights, internet connectivity initiatives and smart parking meters. As a recent McKinsey report noted, public-private partnerships often involve distinct roles for both entities: Cities are cast with the role of implementer, while private companies serve as investor.

Private dollars have enabled these projects to expand and even drive revenue for the city. But public-private partnerships can’t solve overcome the siloed nature of IoT technologies in action; that is, cities continue to struggle not only to identify smart-city project funding but also to successfully extend smart-city projects beyond single-use IoT instances. 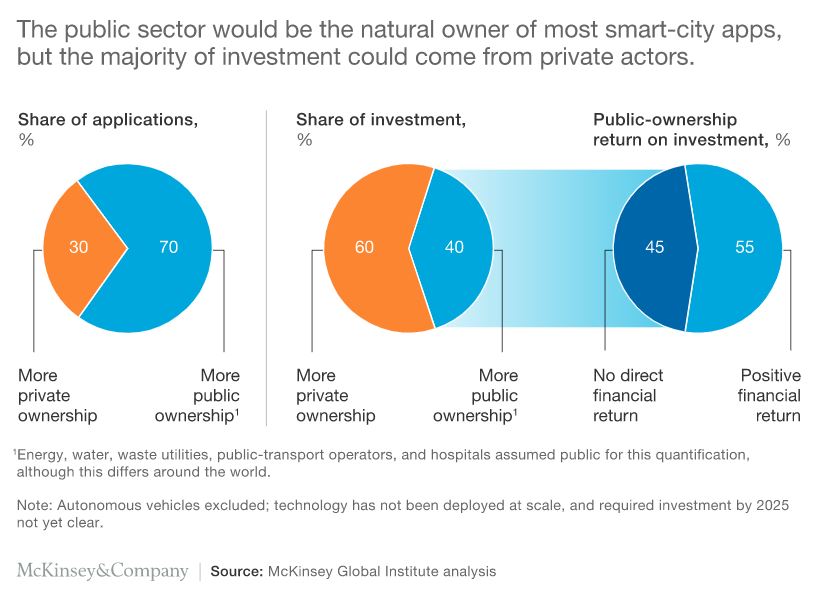 Still, the smart city market is growing at a rapid clip.

The global population is set to reach 9.7 billion by 2050, two-thirds of which will live in cities, according to United Nations estimates. And the global smart cities market is expected to reach $237.6 billion by 2025, expanding at a CAGR of almost 19% from 2019-2025, according to a May 2019 study conducted by Grand View Research.

“We will continue to see more examples [of smart city applications],” said Jessica Groopman, industry analyst and founding partner at Kaleido Insights. “We will see vertical-specific applications in emerging applications in parking, lighting, energy and trash, for example.”

San Leandro’s smart streetlighting project should be characterized as a success — with some caveats about the single-purpose IoT approach. The project upgraded streetlights to LED bulbs, which has saved the city millions in energy costs and reduced its carbon footprint. Via that project, the city also introduced IoT sensors, creating a 4,800-node mesh network with its streetlight infrastructure. In addition, they have positioned IP cameras at various intersections.