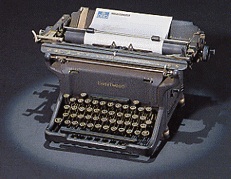 I'm multi-tasking as usual at the moment. My five-year-old son is watching the original Star Wars for the first time this evening... But before I unplug to spend some time with the Skywalkers (and my own family), here are seven managed services blog entries the MSPmentor team didn't have time to write for the week ending February 11, 2011.

I’m multi-tasking as usual at the moment. My five-year-old son is watching the original Star Wars for the first time this evening… But before I unplug to spend some time with the Skywalkers (and my own family), here are seven managed services blog entries the MSPmentor team didn’t have time to write for the week ending February 11, 2011.

7. First Class All the Way: An interesting stat from VMware CEO Paul Maritz: Within first-class cabins on airlines, two-thirds of computing devices are now iPads and one-third are notebooks. The trend is similar in my own middle-class house… we’ve got two iPads and one old, aging netbook…

6. On the Road: Level Platforms hosted its latest road show stop in Orlando this past week. I hear roughly 50 MSPs attended and the mood among Level Platforms’ partners remains upbeat. Sounds like the company’s latest Managed Workplace release resolves some lingering issues from earlier releases. Meanwhile, rivals Autotask and ConnectWise, each are on the road in Australia. Roughly 200 MSPs attended the ConnectWise gathering. I don’t know how the Autotask event turned out. Come to think of it, I should check in with Autotask to hear how the December 2010 executive team expansion is performing so far.

5. Hiring Mode: IT Authorities of Tampa, Fla., is seeking to fill nearly a dozen positions as the company pushes from managed services into a growing range of cloud services.

4. Missed Opportunity?: More than 3,300 channel partners attended VMware Partner Exchange in Orlando, Fla. earlier this week. But here’s the irony: Lots of MSPs say they’re getting into virtualization… but I didn’t see many MSPs at the event. Seems to me more MSPs should put the event on the calendars for 2012.

3. More M&A: Small telcos and regional hosting providers are in the market to buy MSPs with revenues of $7 million or more, according to several sources in the know. I’m aware of at least one pending deal, though both sides are still sorting out the financing details.

1. Final Countdown: We’re set to unveil the fourth-annual MSPmentor 100 report on Wednesday, Feb. 16, during a webcast. A heads up to MSPs that landed on the list in previous years… there are lots of changes this time around because survey participation has quadrupled since our first report debuted in 2008.