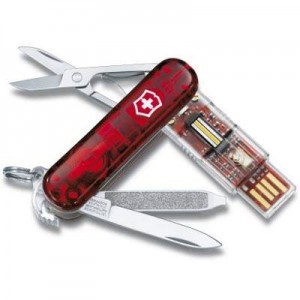 Being a part-time futurist, I attempt to predict events and apply probabilities to certain things h

Being a part-time futurist, I attempt to predict events and apply probabilities to certain things happening.  The one thing I didn’t predict was my blog about owning 20 computers in 5 years would create the frenzy it did. The reader comments were literally all over the map, both ideological as well as geographic.

Many of the devices I talked about bordered on nonsensical. Who would ever consider a Smart-Jacket anyway? Then recently, The VAR Guy breaks a story about a wearable computing legend working secretly on prototypes for a major manufacturer. Perhaps the 5 year window I called out isn’t that far-fetched.

The contrarian view to pervasive computing has held that we will look to one (or very few) devices to deliver the world of content to us, regardless of time or place. This device would be very powerful, offer bolted-down security, and incorporate a blistering array of consumer electronics functionality.  Think of every category at your nearest Retailer built into a device no larger than your wallet.

This device would integrate wirelessly with its surroundings.  For example, it would communicate with your car and use its speakers as an extension to its own functionality.  Same goes for your flat panel or even your desktop computer.

Here are some reasons this view of the future makes sense:

A strong argument can be made for or against a future with Pervasive Computing.  Some people will argue the middle – the devices that make sense to become smarter and Internet aware will happen naturally over time.  This is perhaps a more realistic argument and that having a smart toaster isn’t worth the extra dollars, energy and growing landfills full of obsolete ones.

What do you think?  Will you have 20 or more computers connected all the time and providing seamless integration into our everyday lives, or will you stick to our current knitting, a Smartphone and a Notebook?

Jay McBain is director of SMB for Lenovo. Guest blog entries such as this one are contributed on a monthly basis as part of The VAR Guy’s 2010 sponsorship program. Read all of McBain’s guest blog entries here.