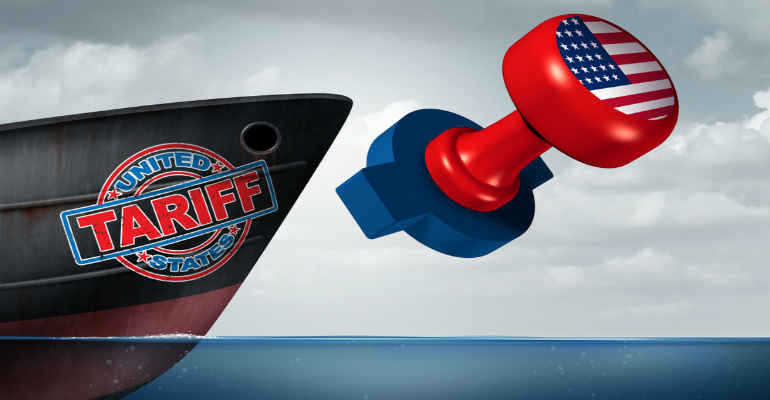 A recent CompTIA survey of U.S. tech companies confirms a heightened level of concern for the uncertainty of prolonged disruption to trade and what it means to customer spending and business investment.

As escalating trade tensions ripple across the economy, businesses of all types brace for the expected, and increasingly, the unexpected fallout. The stakes are especially high for the U.S. information technology industry given its size, reach and strategic importance.

A recent CompTIA survey of U.S. tech companies confirms a heightened level of concern for the uncertainty of prolonged disruption to trade and what it means to customer spending and business investment. As expected, anxiety is highest among the tech firms with the most exposure to international trade. In addition to concern over business investment and higher input costs, more than half (51 percent) of these firms cite the threat of slowing economic growth as a factor keeping them awake at night. For smaller firms that tend to operate locally or regionally, the level of concern is – not surprisingly – lower; however, the data suggest there is a degree of recognition of the interconnected nature of the tech ecosystem and the potential for spillover from a trade war.

Given that nearly $1 of every $4 generated in the tech sector is driven by exports, there is good reason for concern. According to CompTIA’s Tech Trade Snapshot, U.S. exports of tech goods and services reached an estimated $322 billion in 2017. This translates to more than 800,000 U.S. jobs directly supported by tech exports.

As seen in the accompanying heat map, every state has at least a portion of its workforce tied directly to technology exports, which speaks to the broad-based nature of tech-supported employment. This is much more than just a Silicon Valley story.

Hover over the graphic below to see detailed data.

In 19 states, the impact is even more pronounced, as tech trade-supported jobs number 10,000 or more. Because tech-industry jobs have average wages that are nearly double the national average, the economic impact of foregone earnings is magnified

The Twofold Hit to Enabling Technologies

Components such as semiconductors can now be found in countless product categories, from automobiles and industrial equipment, to medical devices and household devices. As the internet of things (IoT) trend progresses, extending connectivity and intelligence to even more devices and systems, semiconductors will become even more of an enabling technology. As an input, similar to steel, the impact of trade disruption to semiconductors could be twofold. Where tariffs dampen customer demand, it directly hits the bottom line of U.S. semiconductor companies. Secondly, in situations where semiconductors are exported, incorporated into products assembled overseas, and then reimported into the U.S. market via the global supply chain, the extra cost may be passed onto U.S. businesses and consumers buying these products.

The semiconductor category is the largest category of exports from the U.S. to China. In 2017, the value of these exports totaled nearly $7 billion, according to data from the International Trade Administration, U.S. Department of Commerce. As the largest export category, a significant portion of the estimated 50,000 U.S. jobs supported by trade with China are linked to the semiconductor category.

Hover over the graphic below to see detailed data.

For more information on CompTIA’s advocacy for market expansion for U.S. technology exports, go here, or for recent comments submitted to the Office of the United States Trade Representatives, go here.