Mark Templeton returns to the channel to lead the charge toward app development and deployment. 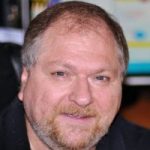 Mark Templeton believes that code is becoming our second language, especially for today’s entrepreneurs looking to build for tomorrow.

“Through code you can transform and reinvent what’s gone before and invent and imagine what’s to be,” says Templeton, who “retired” as CEO of Citrix in 2015, and who has come out of retirement to become CEO of application deployment specialist DigitalOcean.

Explaining why his belief in the importance of code drove him to his new company, Templeton explains, “There are tremendous tailwinds to supporting individuals in their entrepreneurial ambitions through code.”

Templeton speaks of serving “the citizen developer, coder, small teams with lots of entrepreneurship who are inventing, reinventing using code and digital tools.”

Are You Willing to Bet?

Templeton asks channel partners who are searching to find new direction, “Are you willing to bet?”

Mark Templeton speaks from experience. When he became Citrix CEO in 1998 he had already served 7 years as its vice president of marketing and the company had just sold its core technology to Microsoft, who used it to create their Terminal Services platform. Just prior to ascending to CEO, Templeton found himself asking many partners, “What do you think Citrix should do next?”

Whether or not it came from the answers he gathered, Templeton spent the next 17 years answering that question, turning MetaFrame and its successors, including XenServer, into the platform of choice for those who wished to deliver applications to anywhere at any time across any network. He also stewarded such acquisitions as Sequoia, NetScaler, GoToMeeting, VMLogix and XenSource.

Templeton’s advice to today’s channel partners is that they focus on solving a problem, rather than understanding and servicing infrastructure. In a time when fewer and fewer customers are standing up their own servers and storage, preferring to obtain those services from the cloud, this is sound advice.

“It all starts with a customer,” explains Templeton. “Keep it simple. The way you are valuable is that you solve a problem. You can solve today’s problem, which is really good, but when thinking about where you’re going in terms of strategy, you’re going to have to solve tomorrow’s problem, too.”

Describing the desired sales motion, Templeton advises, “You want to be doing the things that allow you to lead customers.”

He talks about spending a lot of time with customers, asking them about the kinds of challenges they face as they see them today and going forward, noting that in tech it’s …