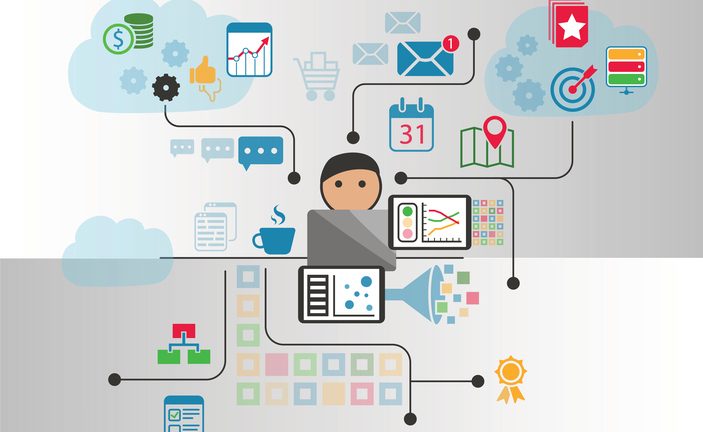 Trends in SaaS Infrastructure for 2017

As the broadband internet became reality and now that the mobile web has gone mainstream for business, Software-as-a-Service (SaaS) solution providers have followed the market. In the beginning, legacy on-premises vendors offered ported versions of their offerings. Then pure-play startups entered the space with native applications in the cloud. Now hybrid versions combine the best of both as large enterprises rationalize their install base. The trend remains that all three will exist in the wild in 2017.

What else will happen in 2017? Talkin’ Cloud asked the experts to find out.

November 2016 research by Forrester has revealed that 44 percent of North American and European enterprise infrastructure technology decision-makers indicate that their firms are building private clouds, with an additional 25 percent planning to implement them in the next 12 months. Additionally, in late 2015 the research firm found that 31 percent of respondents used a hyperconverged infrastructure (HCI) platform to build their private cloud, with 15 percent more planning to implement one over the next 12 months. But Forrester analysts do not recommend single sourcing, writing, “Keep your options open and don’t be afraid to use multiple providers.”

“The year 2017 could mark cost-cutting measures for cloud services adopted by companies,” says Swapnil Bhagwat, senior manager, design and digital media, Orchestrate, a U.S.-based business process management organization. “Among the trends noted, HCI offers advanced computation and storage services pre-integrated and is the foundation of private cloud development in many cases. This allows organizations to choose HCI over others as cloud implementations run faster on it, which is often required in demanding situations.”

“Once the compute function was in offsite facilities, it became natural to use virtualization to create private clouds to increase resource utilization and reduce cost,” says Jim Turner, CEO, Pro Agent Solutions, a provider of cloud-based software for the real estate vertical. “Once the compute was virtual, then it made sense to create a customer-facing web front end to manage it as IaaS. Once customers became familiar and comfortable with this model, then they started using AWS and Azure to shift workloads there to leverage the bursting capacity, low costs and their rapid innovation of new services.”

HCI: Have it Your Way

However, the public cloud has its detractors, saying that it serves isolated services well enough and those that do not have high security concerns. But when it comes to more sophisticated SaaS applications, the toolset available from public cloud providers does not measure up. On the other hand, site-based servers also lack in this department. Something in between makes sense then.

And HCI can scale fast. It can have a large impact on startups that need to move quickly to get to market. As a possible infrastructure-on-demand strategy, HCI shows a lot of potential to put more space between itself and the legacy physical computing model.

“Many more organizations will transition to an HCI infrastructure rather than investing in their own hardware and on-premises infrastructure,” says Ian Khan, PMP and author of Cloud Wars, an eBook about growth in the cloud industry. “HCI frees up IT to do more critical tasks and also provides a better value for money, reliability and connectivity.”

On-Premises: Wherever You Go, There You Are

The way some talk about the cloud, you might imagine that it exists in a parallel universe. We just tap into it when the need arises. Otherwise, SaaS resources remain safely tucked away. When in reality, all the cloud resources reside somewhere, with all the associated plusses and minuses.

“No matter where you go, you are on some premises, in some location, using some device,” says Gary Feldman, president, I-Business Network, an application service provider of business management software for SMBs. “In business management software, there are usually devices and machines on the premises that need to be integrated to the cloud, which requires code embedded in the device. Whether a warehouse management system, shipping scale, point-of-sale device or plant equipment, something must communicate with the cloud.”

And some customers still desire that certain applications have on-premises visibility. Maybe not because they lack trust in cloud applications, but having them in sight satisfies a deep seated need for control, such as over human resources or project management.

“Essential or sensitive customer data must be kept under lock and key on-site, but other general data can be kept in the cloud to facilitate collaboration,” says Eric Ebert, marketing and communications manager, Zenkit, a SaaS-based productivity solution. “We have had requests for on-premises installations or a combination of both. It’s interesting to see the shift to the cloud. Years ago, companies only wanted on-site installations, but now they realize it is actually more expensive to maintain security on-site, and cloud solutions now offer comparable security to what they can afford on their own. The trend will continue to shift toward cloud-based, always up-to-date solutions.”

On a Cloudy Day You Can See Forever

In the SaaS world, many feel that the cloud has fully arrived and here to stay forever. On-premises enterprise solutions have become downgraded and lag behind their virtual versions by one quarter or more as SaaS providers give cloud offerings priority. This and associated cost will make fully cloud-based solutions more enticing as times goes by.

“Enterprise companies that require on-premises software have to make compromises,” says Travis Kimmel, CEO, GitPrime, productivity analytics for software teams. “Perceived increases in security comes with a higher price and entails a version of the software that can be three months or more behind the cloud. In 2017, adoption of cloud software will continue to be an economic decision—one where pain increasingly felt not only in price but also in missed opportunity costs of operating with outdated software.”

Certain applications that realistically do not make sense as an on-premises model look like the best candidates to make a transition to the full cloud, such as archiving and comms. Managed service providers (MSPs) in this space see the potential already.

“The cloud is close to a full takeover,” says Kathy Powell, marketing manager, Tie National, MSP for voice and data and IT helpdesk services. “The majority of businesses already rely on it for continuity purposes for disaster recovery and regularly updated and cost-effective hosted solutions in place of onsite equipment. We see many businesses taking the leap to cloud services such as Unified Communications paired with SD-WAN to increase communication between branch offices to an enterprise network or data center.”

And by integrating multiple dimensions of the business, MSPs can create an unbounded or virtual workspace that can be anywhere the employee has internet access, according to Powell.