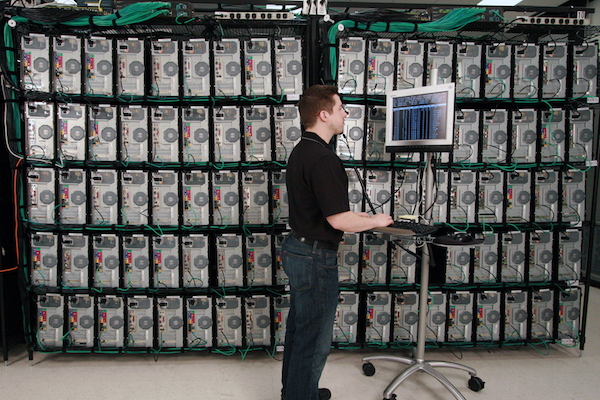 The Doyle Report: Is Liquid Web the Most Distinct Company In Hosting?

Liquid Web has money, momentum and and market focus. Is this the winning combination in hosting?

Can a hosting company distinguish itself from a market of thousands with these basic attributes? Liquid Web believes it can. Here’s the Lansing, Mich., company’s unique story.

Liquid Web was founded at the height of the dot com frenzy in 1997 by Matthew Hill in the basement of his home. After building the Web hosting company into a regional powerhouse, Hill sold Liquid Web in 2015 to its current owners, which include the venture capital firm Madison Dearborn Partners of Chicago. When Hill was exiting the company, incoming CEO Jim Geiger, who built Cbeyond into a managed services giant with the help of Madison Dearborn Partners before selling it to Birch Communications in 2014, asked Hill what made Liquid Web so successful.

“Was it better technology?” Geiger asked. “Timing?” Hill waved his hand and said, “none of that.”

“We made it a point to satisfy the very first customer we got and every one thereafter,” said Hill. That’s where the “heroic” services that Liquid Web emphasizes today took root. It’s also where Geiger and his team believe Liquid Web can distinguish themselves going forward. Today, the company offers guaranteed engineering support by phone or live online chat in 59 seconds or less, 24 hours per day, seven days a week, all year long without a contract or long-term commitment.

Since joining Liquid Web, Geiger and CTO Joe Oesterling have taken steps to narrow the company’s focus and target audience. As they see it, Liquid Web has a unique opportunity to cater to a neglected niche or “vacuum” in the hosting market. The segment is nestled between the basic commodity niche served by bluehost, GoDaddy and others, and the Infrastructure-as-a-Service (IaaS) market served by Microsoft Azure, AWS, Google, IBM SoftLayer, Rackspace, etc.

If you’re having trouble visualizing the hosting segment that Liquid Web targets, think of it this way: Liquid Web wants to dominate a niche that prioritizes customer intimacy above the operational efficiency optimized by the likes of Linode, bluehost, 1&1 and others, or the product innovation emphasized by Rackspace, Google, AWS, etc. Liquid Web defines its target customer as “Web-dependent professionals and their Web creators” that have the needs of enterprise-class customers but not their financial resources for technicians, engineers and experts. 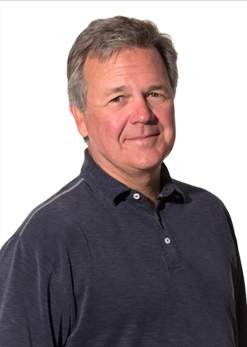 To pursue these customers without distraction or compromise, Liquid Web decided to discontinue its shared hosting operations, which were sold to Deluxe Hosting in April 2016. The decision cost it a book of business and thousands of customers but helped Liquid Web redirect its focus from price-sensitive commodity services for end-customers to higher value services developed for Web professionals.

Afterwards in August, Liquid Web acquired the Cloud Sites business from Rackspace (NYSE: RAX), which catered to the many of the designers, developers and digital agencies that Liquid Web covets. Since then, Liquid Web has pursued its goal of becoming the preferred hosting provider to these customers with a new sense of urgency and purpose. To help them, Liquid Web has developed deep expertise in content management systems (WordPress, primarily), shopping carts, open source software (more than 150 of its support engineers are Certified Red Hat Technicians), and data center management.

Then in late October, Liquid Web refreshed its entire server lineup to drive faster application performance. While some don’t believe continued investments into datacenters make economic sense given the steep capital investments and expertise they require, Liquid Web insists they are critical in order to serve the exacting needs of Web professionals whose livelihoods depend on uptime and security. These customers, Liquid Web insists, are more dependent on their hosting providers than most and thus looking for a partner more than a vendor.

“We’re bit old fashioned [in this instance] in that we like to run our own data centers and own physical things. We think that’s one of the reasons we have a Net Promoter Score of 72,” said Geiger. (While a Net Promoter score of 72 might not sound that high, it is among the highest for hosting companies, not to mention above that of Amazon, Apple and even Costco.)

The results of this unique market approach? So far, they have been largely positive. Today, Liquid Web boasts more than 550 employees, 30,000 customers worldwide and five data centers located throughout the U.S. and in The Netherlands. Its annual revenue, meantime, is approaching $100 million.

While impressive, Geiger and Oesterling believe Liquid Web can grow much bigger. After all, they note, there are more than 7 million customers in Liquid Web’s defined market segment in North America alone. Today, the company does business with fewer than 100,000 of them or roughly 1 percent.

Given its laser-like focus on customer support, doubling or tripling its share is not out of the question. That would certainly put it in the running for “the most distinct company in hosting today.”