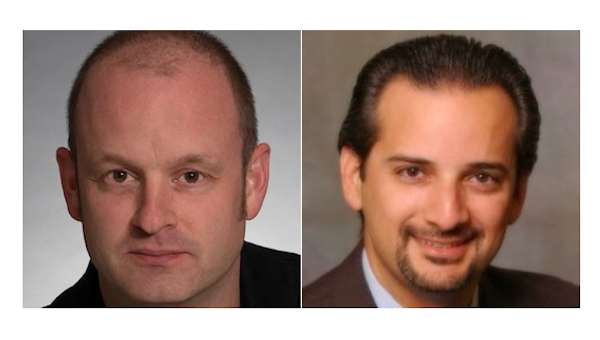 Former SoftLayer and Terremark Chief Marketing Officer Simon West is now an advisor to independenceIT, the desktop as a service (DaaS) upstart, Talkin’ Cloud has confirmed. West and former Terremark CFO Jose Segrera are helping independenceIT to accelerate its DaaS strategy — which leans on MSPs and other channel partners serving the SMB market.

Segrera invested in independenceIT and joined the company’s board last week. He and West are working closely with the core independenceIT team — CEO Jim Lippie, President Seth Bostock and CTO Charles Buck — to make sure the company continues to innovate amid growing DaaS and virtual desktop infrastructure (VDI) chatter from Amazon Workspaces, VMware Horizon and Desktone, Citrix Xen Desktop, dinCloud and upstarts like Toshiba hosted Virutal Desktop Service, among others.

Segrera has been in and around the IT market for about 20 years. He previously built a CLEC that later became AT&T Latin America. Then, he played a key role in Terremark’s shift into data centers, IT infrastructure and cloud computing. Verizon acquired Terremark for $1.4 billion in 2011. Meanwhile, IBM acquired SoftLayer — which West helped to build — in mid-2013.

A friend introduced Segrera to independenceIT’s Bostock in late 2012. Segrera saw a demo of the company’s DaaS platform then had a cloud engineer give it a look. He was impressed because independenceIT owns its intellectual property while supporting all of the major hypervisors and cloud platforms (VMware, Citrix, OpenStack, etc.). independenceIT CTO Charles “Chip” Buck “has been at it for 14 years,” Segrera said.

Segrera believes the DaaS value proposition is now coming into focus since certain market enablers — WiFi, broadband, etc. — are now widely in place. “The barriers are going away,” he asserts.

He expects the DaaS market to take mirror VoIP — which struggled to take off until good software and good platforms took hold. “It’s similar because the overall addressable market is enormous,” Segrera said. “We have proprietary IP. That’s incredibly important. We’re not a huge company. But we’re nimble. We’ll pivot and we have a flexible platform.”

For 2014, Segrera expects independenceIT’s transformation into a channel-only model to truly mature. “We started that in 2013 and you don’t get that perfectly efficient on Day One. In 2014, we’ll continue to get the channel momentum going and we’ll continue to innovate. We’ll do three things for customers: Solve problems, save them money and innovate.”

independenceIT also expects to maintain its three approaches in the channel:

independenceIT made considerable noise at the November 2013 IT Nation conference, hosted by ConnectWise. And the pure channel strategy should appeal to MSPs. Talkin’ Cloud does not have a feel for the company’s overall finances, revenue, growth rates and potential profits. But Segrera apparently invested his own money in the venture — a sign of confidence from a key cloud computing veteran.