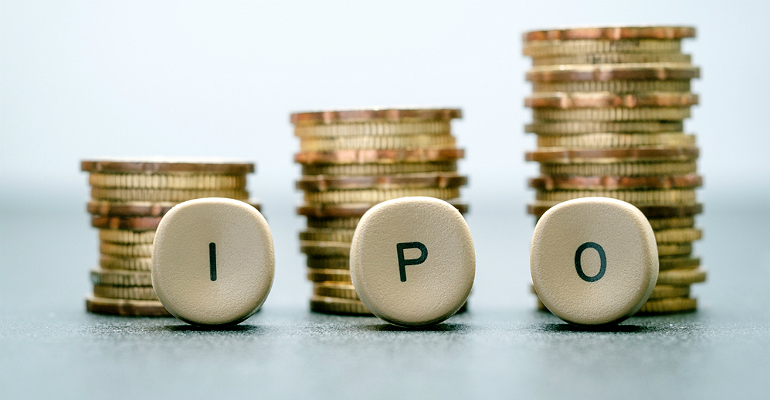 Despite a selloff in technology shares, Pivotal Software’s IPO late last week couldn’t have come at a better time for proponents of Cloud Foundry, the platform-as-a-service (PaaS) technology and ecosystem the company seeded by contributing its base IP to the open-source community.

Shares of Pivotal, the subsidiary of Dell Technologies inherited two years ago with its $67 billion acquisition of EMC, began trading Friday on the New York Stock Exchange (NYSE), coincidently as the annual North American Cloud Foundry Summit in Boston was in its final day.

Looking to showcase the opportunity Cloud Foundry presents to customers and partners alike, the morning keynote session was briefly interrupted to live-stream Pivotal CEO Rob Mee and his top executives ringing the opening bell at the NYSE.

Cloud Foundry Foundation executive director Abby Kearns was concluding an on-stage interview with Alex Rubin, chief cloud architect at the giant integrated health-care provider Kaiser Permanente, about its implementation of the open-source PaaS architecture, when she unexpectedly staged the interruption.

“This began with Pivotal originally contributing the code, but it also represents the momentum Cloud Foundry has in the marketplace and the potential that brings, and for us we look at it as an amazing validation of the power Cloud Foundry brings to the table,” Kearns said. “This is really important for us as a community and again for Cloud Foundry, because they are the first company to IPO with Cloud Foundry as part of their portfolio.” 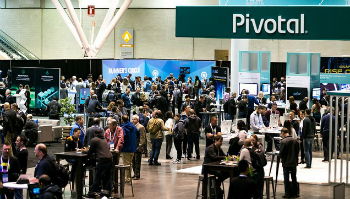 The sharp decline in the equity markets over the past few days may have muted any IPO-related surge in Pivotal’s shares, but the company closed its first day of trading up 5 percent. Pivotal shares, which debuted at $15, closed Tuesday at $18.14. The IPO gives Pivotal a market cap of more than $4 billion, for what it sees as a market generating more than $50 billion, according to its prospectus filed with the Securities and Exchange Commission (SEC).

Since the Cloud Foundry Foundation’s October launch of The Foundry, its ISV marketplace that debuted with 600 services, that figure has swelled to 4,900, Kearns said. Citing forecasts from Gartner, the Pivotal prospectus stated PaaS spending this year will reach $16 billion, rising at a 22 percent compound annual growth rate (CAGR), to $29 billion in 2021. Spending on application infrastructure, middleware and development tools has a more moderate CAGR but is expected to reach $43 billion this year and grow to $54 billion by 2021.

While Pivotal is still operating in the red, the losses narrowed for its most recent fiscal year, ended Feb. 2, to one-third of revenue — from one-half a year earlier. Revenue of $504 million rose 22 percent from $416 million the prior year — formidable, but more modest than last year’s 48 percent spike in sales. Subscription revenue, growing 73 percent, is now higher than services revenue. The company has indicated that this shift will continue it brings on more channel partners.

Pivotal hasn’t fleshed out a broad partner program but the company is working with several major integrators as well as specialized solution developers and cloud providers specializing in building, deploying and managing modern applications.

“We have a pretty big range of partners, ranging from the big global systems integrators, lots of boutiques, specialized systems integrators as well,” said Dormain Drewitz, senior product marketing director, during a brief interview at the Cloud Foundry Summit.

“Strictly speaking channel, that part of our business is still being developed,” she added. “We haven’t had a formalized reseller program for on-boarding resellers, but it’s emerging. Of course, Dell Technologies, [which] we have a strategically aligned business with, is obviously another big one.”

Accenture, Capgemini and Cognizant are all Cloud Foundry members and Pivotal partners. Among the more specialized Pivotal partners is Grape Up, a professional services firm based on Santa Clara, California, specializing transforming and building cloud-native applications. The 13-year old provider, also a member of the foundation, primarily now engages in business-transformation projects that are based on Cloud Foundry.

“We are very happy to be a partner in this ecosystem,” said Daniel Hekman, Grape Up’s head of business development.

As a publicly traded company, Dell still maintains a 70 percent ownership stake in Pivotal and 96 percent voting control. Looking to create the Cloud Foundry ecosystem, Pivotal became a subsidiary of EMC and VMware in 2013 with investments from GE, Microsoft and others, when the company contributed the Cloud Foundry IP to the open-source community.

In addition to running on VMware Cloud, Pivotal Cloud Foundry also runs in the major public clouds of Amazon Web Services, Microsoft Azure and Google Cloud Platform. While Cloud Foundry’s growth will accelerate as more workloads are added into public clouds, the majority still run in private ones.

“Cloud Foundry faces an interesting dilemma, where it seems to have better traction with private-cloud deployments than it does with public-cloud deployments,” said analyst Al Gillen, group VP covering IDC’s software development and open-source research practice. “However, the shift is taking place where Cloud Foundry is becoming increasingly modular, allowing customers to deploy on multiple clouds with a variety of infrastructure solutions supporting the PaaS deployment layer, [which] opens up new opportunities for Cloud Foundry.”

“I think everybody is on a journey that includes public cloud. The issue for some of them is how to get there and how fast,” said Don Boulia, general manager for the IBM Cloud Platform, which introduced a new enterprise edition of its Cloud Foundry solution with Kubernetes support due for release next quarter. “The private cloud is just an interim stop for some workloads, but also [there will] be some workloads we expect won’t be able to move out of the data center.”

“We do see different hosted solutions in the public cloud like IBM or Swisscom Application cloud or other solutions,” he said. “And I also hear interest from the smaller cloud-service providers saying, ‘Hey, I also want to support hosted Cloud Foundry because that means I’m improving my service offering.’ But the vast majority now is still private cloud.”