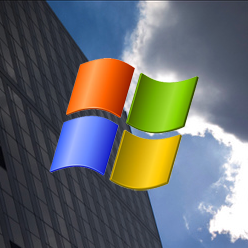 As you may recall BPOS is part of Microsoft Online Services, which includes Exchange Online, SharePoint Online and other SaaS (software as a service) offerings. Microsoft BPOS and Google Apps have been competing for big SaaS deals across the globe. A few weeks ago, the City of Los Angeles sided with Google Apps.

Now, Royal Mail says it will work closely with CSC’s cloud team to embrace Microsoft BPOS. According to a CSC press release:

“The new contract is an industry first, with CSC being the first Microsoft partner to lead and win a cloud computing services agreement of this scale. Under terms of the contract, CSC will provide Royal Mail Group’s 30,000 employees with access to new IT services using Microsoft’s Business Productivity Online Suite (BPOS), part of Microsoft Online Services. CSC will also provide first line helpdesk support.”

For smaller MSPs and integrators, Royal Mail Group’s BPOS embrace provides a timely reminder: Although Microsoft will wind up competing with some integrators for big SaaS deals, I suspect many smaller engagements will still be led by VARs and integrators.

Still, some channel-centric executives are worried about big SaaS providers moving in on small VARs and MSPs. ConnectWise CEO Arnie Bellini, for one, has expressed concern about an eroding “last mile” of business for solutions providers.

Also of potential concern: How much money can MSPs and VARs expect to make from Microsoft BPOS or Google Apps? The real answer remains open to interpretation. Microsoft cut SaaS prices in early November 2009. And Google Apps doesn’t provide much up-front revenue to partners, though Google seems to be gaining momentum with a growing number of MSPs, according to our current MSPmentor 100 survey, which closes Dec. 11, 2009.

Meanwhile, Microsoft partners like Intermedia have introduced Hosted Exchange 2010 and are preparing to introduce white label programs for VARs and resellers. Also, Intermedia is working with the Ingram Micro Seismic team to deliver Microsoft SaaS applications to MSPs. In short, channel partners have plenty of paths for potential Microsoft SaaS options.

Overall, the Microsoft-CSC win with Royal Mail Group is strategic and significant for Microsoft’s cloud strategy. I’ll be curious to see if Google counters with another Google Apps win in the days ahead.