(Pictured above: Microsoft’s Erin Chapple on stage at Microsoft Ignite in Orlando, Nov. 4.)

MICROSOFT IGNITE — Microsoft is fleshing out its hybrid cloud capabilities with technology that will provide a common control plane on premises, in the public cloud and at the edge with the introduction of Azure Arc. The new technology debuted Monday at Microsoft Ignite, the company’s largest annual technology gathering, taking place this week in Orlando, Florida. 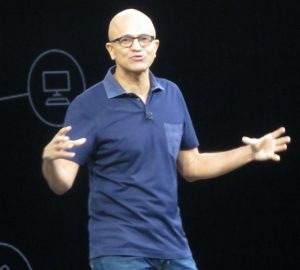 “Azure Arc really marks the beginning of this new era of hybrid computing, where there is a control plane built for multicloud, multi edge,” Microsoft CEO Satya Nadella said during his opening keynote at Ignite Monday. “And not only that, but we for the first time support managed data services to be anywhere your compute is.”

Erin Chapple, Microsoft’s corporate VP for Azure Compute, demonstrated how Azure Arc capabilities will provide common management of a risk management application sharing resources on an HPE Superdome server running in an Orlando data center to the Azure public cloud via the Azure portal and dashboard using container instances of Azure SQL and PostgreSQL that currently are only available in Azure. 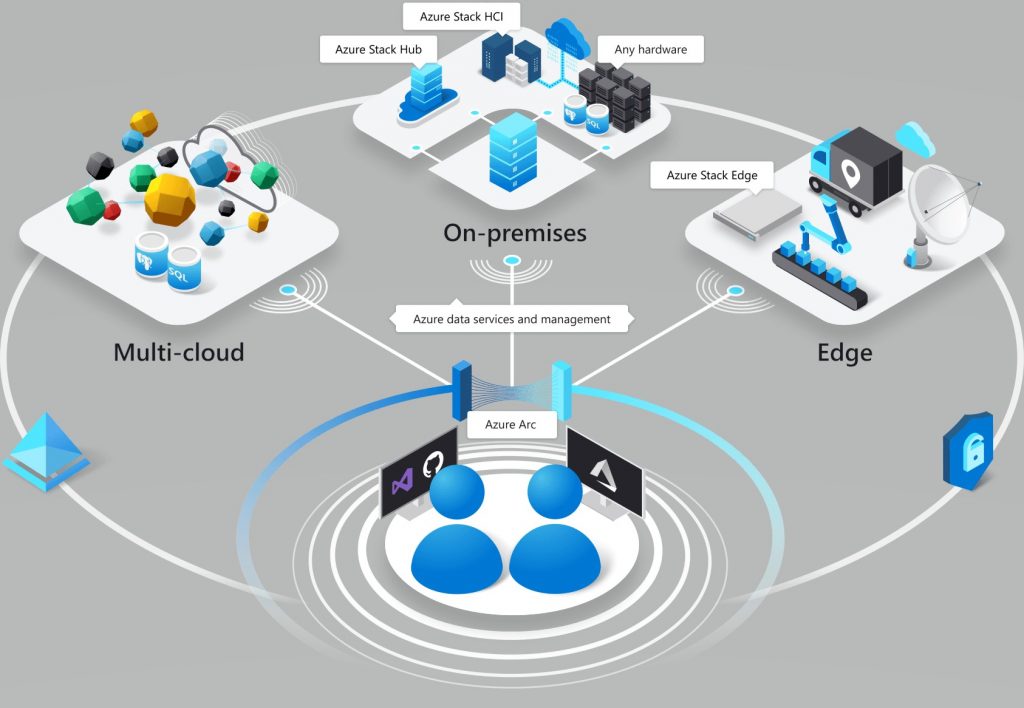 “Typically, [deploying a SQL] VM on premises is a lengthy process that could take hours,” Chapple said. “But as you can see, in a matter of seconds, I was able to install Azure SQL database into my data center. Even better, I now have access to all of Azure’s unique security capabilities.”

The introduction of Azure Arc comes two years after Microsoft released Azure Stack, co-engineered hyperconverged solutions offered through OEMs such as Dell EMC, HPE, Cisco, Lenovo and others. Earlier this year, Google Cloud upped the ante with the launch of Anthos, a hybrid version of its cloud service with support for multicloud management and support. Amazon Web Services has its own offerings with VMware and its forthcoming AWS Outpost offering.

“What it also shows is how much we’ve moved from a public cloud specific world to a hybrid cloud world because more and more of the announcements that everybody’s doing are around private cloud on premises,” said industry analyst Bob O’Donnell of Technalysis Research. “It’s another example of how

the whole industry focus is pulling back from public cloud only into more of a hybrid environment.”