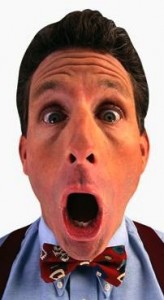 I have a confession. I was a little depressed on Monday, January 3. The news cycle was a little slow and it seemed like the managed services market was trying to wake up from a holiday hangover. (I despise slow news days.) And then: Boom. Lots of managed services news and surprises that, quite frankly, I didn't expect. We're only five (and a half) days into the New Year.

I have a confession. I was a little depressed on Monday, January 3. The news cycle was a little slow and it seemed like the managed services market was trying to wake up from a holiday hangover. (I despise slow news days.) And then: Boom. Lots of managed services news and surprises that, quite frankly, I didn’t expect. We’re only five (and a half) days into the New Year. But here are the biggest managed services surprises I’ve seen so far.

5. Who Is Hiring?: In recent days the MSPmentor Job board has received numerous new listings. I realize it’s still a small job board. But it’s good to see MSP-centric career opportunities opening up across North America.

4. Latin America: For most of 2009 and 2010, we heard about managed services expansion into Europe and Australia. Now, some readers are telling me about success in Latin America. MSP veteran Jeff Auerbach tells me he launched Pacifico Sistemas Internacional about six months ago with two other partners.

Sounds great, but Auerbach concedes he’s facing some challenges. Most specifically: Culture & Language. “Panamanian time is not U.S. time,” he says. “Business deals are made informally and in some cases over a meal.  Locals are 100% necessary to manage and operate the business.  We won’t be successful without them.  We are in the process of hiring a GM, sales, system trainers, and additional technicians to our company.  I also speak fluent Spanish…For me the greatest challenge is running two separate businesses in two separate countries.  I wouldn’t trade places with anyone.  I love it.”

3. Accelerated Growth: I want to be careful not to hype the managed services market. Plenty of VARs are still struggling to become MSPs. But we are seeing signs of continued growth. And just maybe, traditional VARs (like their MSP cousins) are starting to discover the power of business management software. Two prime examples:

2. MSPs Repositioning for Cloud: Actually, this isn’t much of a surprise. But we are starting to see MSPs actually change their corporate names to promote cloud expertise. Also, mindSHIFT CEO Paul Chisholm told MSPmentor that 40 percent of the company’s recurring revenues now come from cloud services. Pretty impressive. Also, MSP Partners veteran Jim Hamilton is blogging a bit about cloud computing. Hamilton joined CompTIA in 2009 as part of the MSP Partners acquisition.

1. Strategic Mergers and Acquisitions: Originally, I expected M&A activity among MSPs to cool down just a little bit in 2011, because the activity was so fast and furious in 2010. But to my surprise we’ve already seen multiple M&A deals in 2011, and each of them is strategic in nature. They include:

I’m aware of at least one other potential M&A deal that could be launched as soon as this week. I look forward to more surprises (as long as MSPmentor is the first to know about them…).