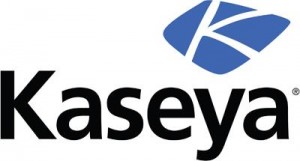 First, let’s stick with the official announcement from Kaseya. As you likely know, Kaseya in February 2010 launched Kaseya 2, a managed services platform with on-premises offerings (available now) and SaaS offerings (in beta now, but expected to be available in July 2010). And this week, Kaseya launched G1 (officially called Kaseya Managed Service Edition – G1, or MSE – G1).

During the Kaseya Connect User Conference (June 1-3, 2010), two of Kaseya’s customers suggested to me that G1 is Kaseya’s response to Labtech Software. The MSPs suggest that Labtech, funded by ConnectWise Capital, is offering aggressive pricing vs. traditional Kaseya offerings. So, G1 is meant to address that price gap, the MSPs claimed.

I know I drive vendors crazy with this that type of speculation. But hey: I trust the two MSPs who made the claims. So, I reached out to Kaseya Executive VP Jim Alves for perspectives. In an email to Alves I raised two questions:

Alves has one view. And I appreciate his email reply. The two MSPs with whom I spoke have another view. Either way, one thing is clear: Kaseya believes G1 fills a gap in its product line, delivering a lower-cost starter alternative to the higher-end Kaseya 2 platform. We’ll be listening to learn if MSPs embrace G1.