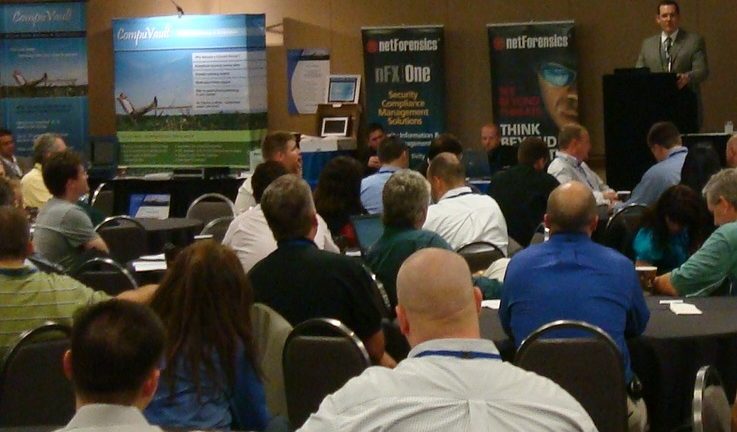 
Intermedia, which specializes in software as a service (SaaS) and collaboration solutions, has launched a managed service provider (MSP) partner program. The program was announced at the MSPAlliance's Managed Services Summit in Chicago, hosted by organization president Charles Weaver (pictured).

Intermedia, which specializes in software as a service (SaaS) and collaboration solutions, has launched a managed service provider (MSP) partner program. The program was announced at the MSPAlliance’s Managed Services Summit in Chicago, hosted by organization president Charles Weaver (pictured).

Intermedia is among a growing list of companies that are hosting Microsoft Exchange Server, Microsoft Dynamics CRM and SharePoint for managed service providers. And attendees who are at the Managed Services Summit say SaaS is a big theme at the event. But there are some unique twists to Intermedia’s strategy.

According to the Intermedia press release:

MSPs can offer Intermedia’s SaaS solutions either as a co-branded solution or completely under their own brand, using their own company look and feel, according to an Intermedia press release. …

… MSPs can join Intermedia’s Partner Program for free; there are no setup fees or monthly minimums that must be met. Partners simply sign up for the service and only pay Intermedia the wholesale rate when their customers sign up for the SaaS offerings at retail rates.

Intermedia isn’t alone in the hosted Microsoft market. Ingram Micro earlier this year expanded its Seismic managed services program to include Exchange, Dynamics and SharePoint. Roughly 1,000 MSPs are expected to run Ingrams’ various Seismic solutions by the end of this year.

And ConnectWise, the professional services automation (PSA) company, spent roughly $100,000 building a Microsoft Exchange hosting facility — only to worry that the effort would be undermind by Microsoft’s own hosting plans. ConnectWise CEO Arnie Bellini expressed those concerns during last week’s ConnectWise Partner Summit in Orlando, Fla.

Still, Intermedia has been in the hosted Microsoft market far longer than many other IT service providers. The company says it has offered SaaS-driven Exchange since 2000, and has been selling its services through the channel since 2001. Also of note: Intermedia’s SaaS portfolio includes Microsoft’s unified communications platform — Office Communications Server 2007.

Looking ahead, unified communications appears to be a prime opportunity for MSPs, who will be called upon to manage TelePresence, mobile VoIP and other network-aware applications. TelePresence deployments are expected to grow 400% this year, according to the internal sales targets at Cisco Systems.

But while TelePresence is a niche opportunity today, Intermedia is focused on driving MSPs to broader opportunities like Exchange, Dynamics CRM, SharePoint and Office Communications Server.