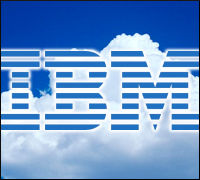 To help its channel partners meet growing demand for the cloud, IBM has launched SmartCloud Enterprise+ infrastructure-as-a-service (IaaS) and SmartCloud Application Services platform-as-a-service (PaaS) as public cloud solutions. The goal, according to IBM, is to help partners expand their portfolios with public, private and hybrid cloud infrastructures and cloud applications for its customers.

Here’s a high level overview of the two new solutions, as per IBM’s press release:

Another interesting tidbit: IBM is now offering white-label capabilities for business partners who are already invested in the IBM SmartCloud ecosystem.

I have to say, I’m intrigued. It’s not that these solutions alone are unique: Microsoft Windows Azure already offers PaaS; OpenStack has the open standard IaaS platform market’s attention; and even Oracle has launched its own version of these solutions. But of the old guard in IT, IBM’s the one that’s building the most partner buzz around its cloud infrastructure solutions.