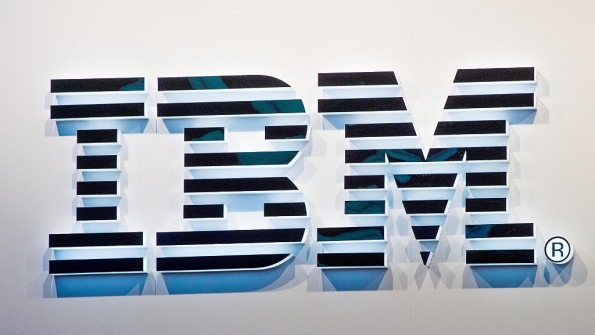 IBM Falls After Buffett Discloses Stake Sale Ahead of Meeting

Before the sales, Berkshire held about 81 million shares. The disclosure led IBM to tumble 3.8 percent to $153.05 in premarket trading Friday.

(Bloomberg) — Warren Buffett gave Berkshire Hathaway Inc. investors something to talk about at the company’s annual meeting this weekend: He sold about a third of Berkshire’s investment in computer-services giant IBM.

Berkshire reduced the stake during the first and second quarters, CNBC reported Thursday, citing Buffett. The billionaire chairman and chief executive officer of Berkshire said he has since stopped selling, according to the broadcaster. Before the sales, Berkshire held about 81 million shares. The disclosure led IBM to tumble 3.8 percent to $153.05 in premarket trading Friday.

Berkshire started building its International Business Machines Corp. stake in 2011, eventually becoming the company’s largest shareholder, with an investment valued at almost $13 billion. IBM’s shares gained about 21 percent in 2016 after a run of three straight annual declines, and are still more than 25 percent lower than the company’s 10-year peak in 2013. The shares have lagged behind both technology peers and the S&P 500 Index in 2017.

“This may put some pressure on management to be more aggressive in returning to growth,” Anurag Rana, a Bloomberg Intelligence analyst, said in an email. Other investors “may get impatient.”

Thousands of Berkshire investors will gather in Omaha, Nebraska, for Berkshire’s annual meeting on Saturday. Buffett, 86, and Vice Chairman Charles Munger, who regularly field questions from shareholders at the event, can expect to be quizzed about IBM — as they have been in the past.

“I don’t value IBM the same way that I did six years ago when I started buying,” Buffett told CNBC. “I’ve revalued it somewhat downward.”

Representatives of Berkshire and IBM didn’t immediately respond to requests for comment after regular business hours.

While Buffett is known for sticking with stocks like Coca-Cola Co. for decades, he’s not wedded to old favorites when circumstances change. In recent years, he got rid of most of Berkshire’s stock in Procter & Gamble Co. and Wal-Mart Stores Inc. He cited the competition facing Wal-Mart from online rivals like Amazon.com Inc., while pointing in 2012 to disappointing results at P&G.

Berkshire stressed in its annual report in February that it’s willing to exit long-time holdings in its stock portfolio, contrasting that flexibility with Buffett’s commitment to permanently hold most companies that he acquires outright.

“It is true that we own some stocks that I have no intention of selling for as far as the eye can see (and we’re talking 20/20 vision),” Buffett wrote in the letter. “But we have made no commitment that Berkshire will hold any of its marketable securities forever.”