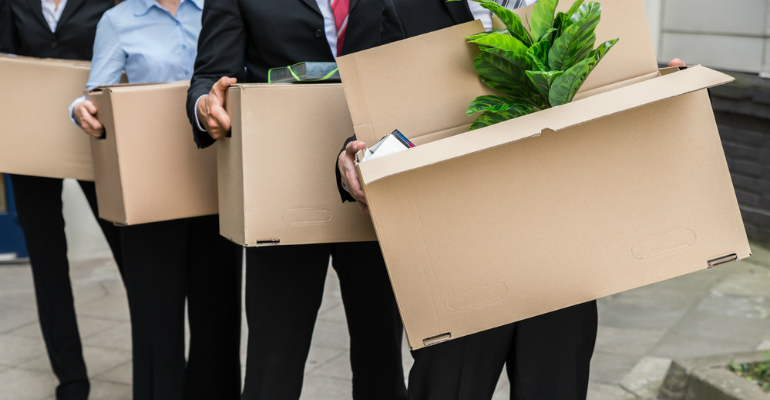 But this cloud news roundup features not-so-depressing news, too, from Oracle and MSP AllCloud.

The cloud industry is constantly changing and sometimes that means job losses; other times, it means new product introductions. This roundup covers both fronts as Google Cloud, VMware and AllCloud each make news this week for different reasons.

Some employees at Google Cloud and VMware are on the hunt for new jobs.

News broke this week that Google Cloud, despite its recent strong earnings performance, will cut about 50 jobs. Google will try to move the affected staff into other jobs at the company. Among the casualties is Tariq Shaukat, Google Cloud industry products and solutions president, according to reports of a leaked memo verifying his departure.

At least one analyst speculated, via Silicon Valley Business Journal, that Google Cloud CEO Thomas Kurian, who’s been in charge for a year now, wants to concentrate on large enterprises. CNBC noted, too, that Google Cloud is looking to land more business in markets outside the United States.

Google Cloud’s growth will rely heavily on the indirect channel. In a Feb. 11 presentation to investment bank Goldman Sachs, Kurian discussed ways to broaden customer reach with the help of a range of partners, including MSPs, REITs, ISVs, VARs and more. He also highlighted how the channel buoyed Google Cloud in 2019 compared to 2018:

When Channel Futures reached out to Google Cloud for comment on the layoffs, we received the same statement as other media:

“We recently communicated organizational changes to a handful of teams that will improve how we market, partner, and engage with customers in every industry around the globe. We made the difficult, but necessary decision to notify a small number of employees that their roles will be eliminated. We’re working with our internal mobility teams across the company to help those affected by this change, and hope to find them new roles within the company. We are grateful for everything they have accomplished and their commitment to Google Cloud.”

Meanwhile, cloud infrastructure provider VMware said in a late January regulatory filing with the state of California that it will again reduce its headcount — this after a significant round last month.

Palo Alto Online reported last Friday that another wave of people – 211, to be exact – will get the axe; that number includes 10 executives in the internet of things and edge computing groups.

The layoffs will start in April. VMware attributes them to “regular workforce rebalancing,” according to reports.

In separate Google Cloud news, the company has debuted its …