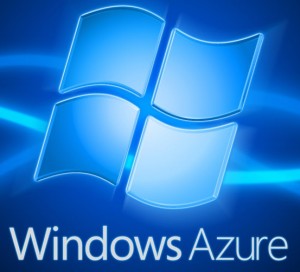 So here’s the thing: One of the major promises of cloud computing is on-demand scalability. But the Microsoft Windows Azure cloud platform apparently doesn’t follow through — applications hosted on the platform apparently don’t scale automatically. Attempting to plug that hole in the Azure offering is Paraleap Technologies, which takes their AzureWatch product out of beta and into paid service today.

Igor Papirov, founder and CEO of Paraleap Technologies, says he’s a big believer in Microsoft in general and Windows Azure in particular, and he’s waving the flag for the platform’s success. All the same, Papirov says that elasticity as a service is something that cloud developers and service hosters alike need.

AzureWatch, offered on the Microsoft Windows Azure marketplace and deployed on-premises, lets administrators set rules for how and when new cloud instances should be put into action. When demand rises, AzureWatch spins up new ones. When it falls, it shuts the instances down and saves on unused computing power. Administrators can even have resources scale up at the same time every day in anticipation of heavier traffic.

As far as price, Papirov says that most use-cases will see costs of only an additional penny per usage-hour on top of the dime Microsoft Windows Azure already charges.

From where TalkinCloud is standing, it sounds like AzureWatch may well fill an important role in gaining Microsoft Windows Azure more traction in the channel. But we’re still wondering why this kind of elasticity wasn’t built-in at Azure’s launch.