Take that from Marty Bauerlein, Tech Data’s senior vice president of sales for North America, who thanked partners for recently helping his sales team rack up the highest sales day in the distributor’s history. Bauerlein was speaking to the Tech Select reseller community, whose 419 members target the SMB and midmarket segments.

“Our goal with Tech Select is to make sure you guys perform, and performance pays bills. And we all work together in this community to help each other out and to support each other for growth,” Bauerlein said. 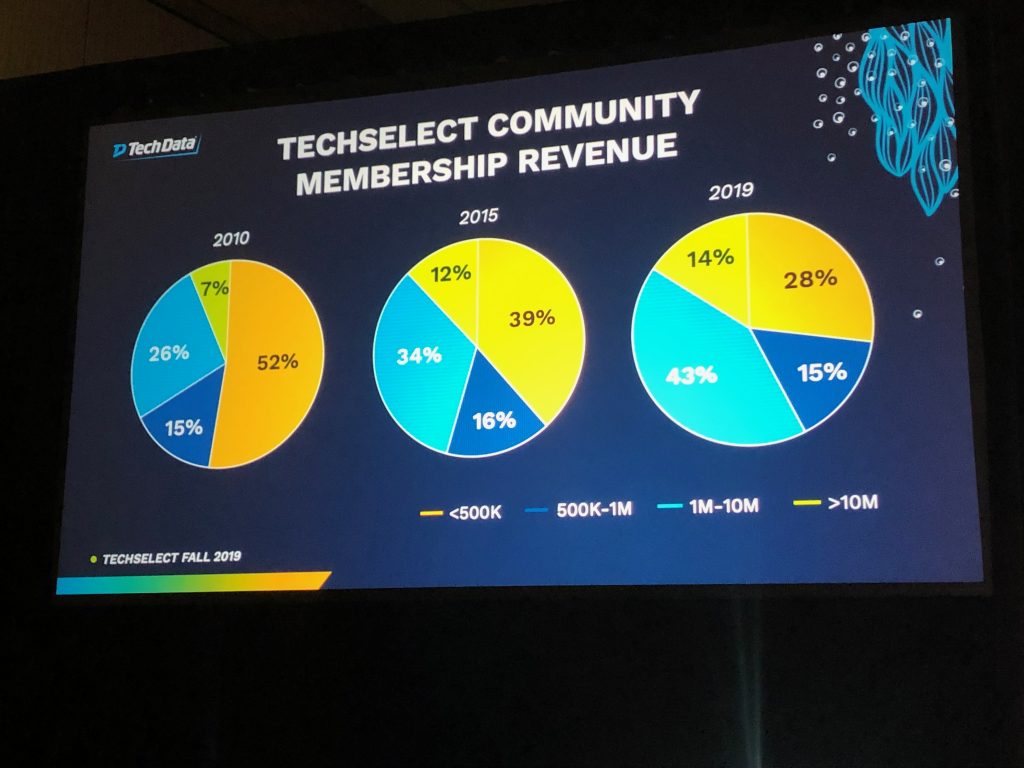 And the resellers’ portfolios are also maturing. Software and cloud accounted for their largest technological growth area at 31%.

“As we’ve grown this community over the last four years, we’ve seen even greater growth in the advanced side and next-generation technologies, which is great because it falls right in line with our strategy,” said Joe Quaglia, Tech Data’s president of the Americas. “Investing in next-generation capabilities and enabling our partners to accelerate those into the market — because that’s where most of the growth is going to be. And we believe we’ve seen it now over the last couple of years, and perhaps over the next three to five.”

Quaglia told Channel Futures earlier in the week that partners have been asking about the investment and enablement Tech Data is offering to help them sell technologies like security, analytics and IoT.

“I would say there has been a heightened awareness and a heightened level of interest this year compared to last year,” Quaglia said. “I think partners are realizing that if they don’t start to pivot and transform their own businesses from traditional to next-generation, they’re going to be a little bit behind. And now they’re really starting to engage and immerse in the enablement programs that we have to help them transition to the next-generation technology.”

“The cornerstone of that growth starts and ends with TechSelect, and your growth and your support have been outstanding,” Quaglia said.

Sammy Kinlaw, Lexmark‘s vice president of worldwide channel and OEM sales, explained why he chose to leave Lenovo to work for the laser printer provider. He initially didn’t accept the job offer because …