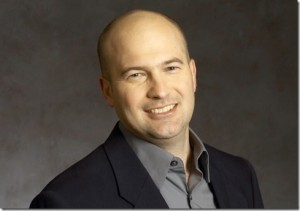 At the Rackspace Partner Leadership Summit in San Antonio, Texas, Channel Chief Robert Fuller declared that Rackspace is the No. 1 hosting and cloud computing specialist in the industry. From there, Fuller and Rackspace CEO Lanham Napier (pictured) outlined how Rackspace and the company's cloud partner program will march forward.

At the Rackspace Partner Leadership Summit in San Antonio, Texas, Channel Chief Robert Fuller declared that Rackspace is the No. 1 hosting and cloud computing specialist in the industry. From there, Fuller and Rackspace CEO Lanham Napier (pictured) outlined how Rackspace and the company’s cloud partner program will march forward. Plus, Rackspace described how it will unify its four partner programs into a single channel program in 2011. Here are the top 14 highlights from this morning’s keynote.

1. Standing Tall: Quipped CEO Napier, “I wore this suite two years ago and it still fits. I hail from a family of short, bald, stubby dudes.” Translation: Napier is down to earth and focused on one key priority: Fanatical support. Napier is a huge fan of Southwest Airlines and Nordstrom. “They are so passionate about their customers they’ll do anything for them and go the extra mile.” Rackspace is emulating that in the IT market, Napier asserts. “You will know we’ve lost our way when we hide our phone numbers and stop interacting with customers.”

2. Here to Stay: From a financial point of view, Rackspace has $750 million run rate and is essentially debt free. The company has more than 100,000 customers in 120 countries, 40% of the Fortune 100, and is running 2 million business email boxes. Also, Rackspace has 62,000 physical servers today and sees the opportunity to eventually get to 1 million physical servers.

3. Secret Sauce: The Fanatical Support strategy requires a culture of service. Rackers — the term for Rackspace employees — are recruited for “attitude and aptitude.” The company assigns 2,000 of its 3,000 employees to customer support, and focuses on deep expertise areas. An example: Rackspace is second only two Red Hat in terms of the number of certified Red Hat Enterprise Linux certified pros it employs, says Napier.

4. Net Promoter Score: On a scale of zero to ten, how likely are you to recommend Rackspace to a peer? Rackspace is pushing to get all of its customers into the 9 or 10 slot because those folks represent promoters; in stark contrast, 7’s and 8’s are not promoters, and 6 or below are detractors. “When we think about our partners, we want to earn a nine out of 10, or a 10 out of 10 score” and make sure you’re passionate about Rackspace, says Napier.

5. Where hosting is heading: According to Napier, dedicated hosting is like a condo — you can do whatever you want in your room within a data center. And the cloud is like a hotel, where systems are served up on demand. Today, less than 10 percent of IT involves the cloud. By 2015, half of corporate computing will migrate to the cloud, Napier said while pointing to third-party research. He says it’s 30 to 40 percent cheaper for customers to run workloads with Rackspace vs. running IT in-house.

7. Open Communications: Napier closed by sharing his personal email address and cell phone with the audience, a move that reinforced his commitment to fanatical support.

8. Partner Program Update: In September 2009, the company had 689 registered and active partners on the managed hosting side of the business. Fast forward to the present, and Rackspace now has 2543 active managed hosting partners, says Fuller.

9. Channel Bookings Boom: Over the past year, Rackspace’s channel bookings have grown 218 percent. The VAR Guy is checking with Fuller to see if that 218 percent figure is a month-to-month growth rate, or a growth rate specifically from Sept. 2009 to Sept. 2010. Either way, Rackspace channel sales for managed hosting are growing rapidly.

10. Cloud Partner Group: There are roughly 1,990 active partners in that group, covering MSPs, resellers, web hosters, SaaS providers and more. The company’s cloud billings via partners have grown about 355% since around January 2010, Fuller says.

11. Number One (Again and Again?): Fuller claims Rackspace is Number One when it comes to its partner program, registered partners, services offered, customer satisfaction, partner compensation and sales support.

12. Take A Bow: Fuller had all the Rackers (Rackspace employees) attending the conference stand up and applaud partners in the audience.

13. One Partner Program for All: Rackspace currently has four separate partner programs:

Starting sometime in 2011, Rackspace will unify those four partner programs into a single experience for channel partners, which will offer an integrated compensation structure, Fuller says. Around the same time, Rackspace plans to launch a partner advisory council, Fuller adds.

14. Trusted Advisors: There’s one consistent theme across all Rackspace customers, Fuller asserts: They’re all looking to their trusted advisors — VARs, MSPs, resellers, etc. — to help them provide IT direction, especially when it comes to the cloud. So Rackspace — and its channel partners — are sitting at the center of the technology shift, Fuller asserts.