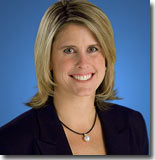 Microsoft Channel Chief Allison Watson, in a FastChat Video with The VAR Guy, explains how VARs and managed services providers can potentially profit from Microsoft's cloud offerings. But that's not all...

Microsoft Channel Chief Allison Watson, in a FastChat Video with The VAR Guy, explains how VARs and managed services providers can potentially profit from Microsoft’s cloud offerings. But that’s not all…

In part I, Watson provides a general overview of cloud opportunities for channel partners, plus the competitive landscape vs. Google and other SaaS players:

The video above includes:

Getting Started — And Pricing Considerations

In part II, Watson zeroes in on how VARs can get started with Microsoft’s cloud platforms. Plus, Watson answers questions about SaaS pricing, and the potential implications for channel partners:

The video above includes:

Watson’s cloud statements, and her webcast to partners earlier today, arrive less than a week after Microsoft CEO Steve Ballmer said the company had an “all in” cloud strategy.

The VAR Guy sees multiple opportunities — and challenges — for Microsoft and its partners in the cloud.

On the upside, Windows Azure seems like a natural platform for existing Windows Server ISVs. Already, scores of closed source and open source partners have ported their applications over to Azure. And The VAR Guy will be watching for more news about live customer deployments.

The story with Business Productivity Online Suite (BPOS) is somewhat different. No doubt, enterprise customers are interested in BPOS. But are channel partners really interested in BPOS? That depends on whom you ask. Microsoft says more than 7,000 partners have signed on to resell BPOS. Some, like Dyntek, see opportunities ahead. But The VAR Guy hears from plenty of partners who are concerned about…

The VAR Guy will be attending Microsoft’s Worldwide Partner Conference (WPC) in July 2010, seeking more views on the issues above.