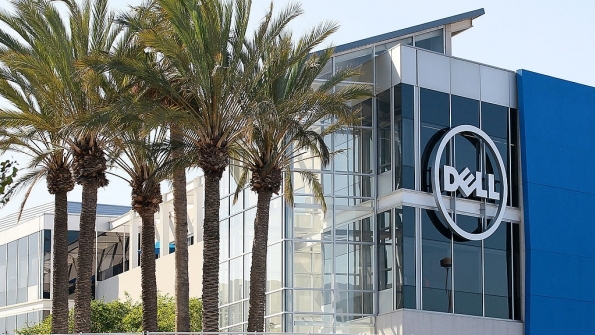 Dell says its focus for the second half will be in making sure its partners have what they need to bring growth to its storage business.

After reporting sales of more than $19 billion during the quarter ended Aug. 4, Dell is investing in ways for its channel partners to push its storage offerings to market, offsetting decline in its market share in the segment.

Cheryl Cook, Vice President of Global Channels & Alliances at Dell, told The VAR Guy that its channel partners have seen phenomenal growth in servers, but its focus for the second half will be in making sure its partners have what they need to bring that same momentum to its storage business. Its revenue in storage was $3.7 billion in the quarter.

“[Storage is] an area of focus for us that we want to make sure we maintain,” Cook said. “We are still number one in multiple sub-categories in the storage sector: high-end, midrange, flash, converged and hyperconverged…we’re still number one in all of those categories and we intend to stay there. You’re going to see a renewed energy and a heightened investment focus in the second half around what we can do to make sure our partners are best supported to continue to go in.”

Cook said that for partners there is a lot of opportunity in its converged and hyper-converged infrastructure in particular.

Analysts have said that while Dell’s share of the external storage equipment market stabilized in Q2, it “still has a lot of work to do realigning sales post the merger, we see accelerated share shift from NetApp to Dell/EMC as the company ramps new sales resources in CY18.”

This year a big focus for Dell has been to bring new customers and logos to the business. Its channel has helped with that ambition by adding 18,000 new customers by the end of Q2, Cook said.

“We saw another double digit growth in Q2 in our channel in our business that is at significant scale. Our channel is $35 billion, so when we’re delivering double digit growth on a base business that big that’s rather robust, so we’re very focused on ensuring we’re providing our partners with all the necessary support and tools and operational support to maintain that growth and velocity,” she said. “With the overall performance and strong revenue achievement that we’re seeing we’re obviously paying more in MDF, we’re paying more in rebates, the partners are earning more in the new program, and the partners are enjoying growth in their business.”

Some of the investments include refreshed training and product positioning around portfolios. There are also new activation packs in its partner platform which Cook says provide clarity around overall enablement activity, including seminars and demand gen, which are aligned around its strategic imperatives including servers and storage.

Dell also launched some financial services tools that provide scalable payment programs for partners to offer customers more flexible consumption models if they want to pay-as-you-grow or pay-by-the-drink with storage.

Also on the storage side of its business, Dell is bringing on EMC sales veteran Scott Millard to lead global storage sales in its channel. Previously he was Virtustream’s global channel lead. He will start in the role on Oct. 1.

“He is well-respected within the channel community and very experienced in storage,” Cook said.