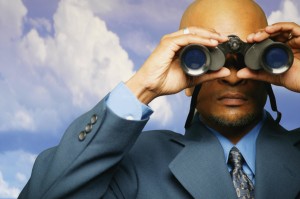 A new round of competition may be emerging in the managed services market. It goes something like this: Ingram Micro spent several years building its Seismic managed services business for VARs and MSPs.

A new round of competition may be emerging in the managed services market. It goes something like this: Ingram Micro spent several years building its Seismic managed services business for VARs and MSPs. Now, Synnex — an Ingram rival — has launched its latest managed services initiative. So is Synnex chasing Ingram — or is Synnex truly innovating on its own? I’ve organized some thoughts based on this week’s Ingram Micro VTN (Chicago) and Synnex Varnex (Boston) channel gatherings.

When it comes to distributors navigating managed services, I think Ingram Micro gained first-mover advantage — building a pretty large portfolio of MSP software relationships. But first-mover advantage also comes with some risks… Navigating an emerging market is a bit like grabbing land in the wild west — you’re bound to take a few arrows in the back.

The Ingram Micro vs. Synnex story has some interesting plot twists. On the remote monitoring and management (RMM) front, Ingram spent several years working with Level Platforms while Synnex bet on IT Control Solutions.

Ironically, Synnex and IT Control Solutions also had a divorce of sorts — right around the time that Level Platforms put the final touches on a new RMM platform that earned positive feedback from early adopters. Synnex ultimately bet on the new Level Platforms offering, deploying and hosting it within a Synnex data center.

Here again, Ingram had first-mover advantage in a lot of ways — building MSP-centric relationships with such companies as Autotask, CA Technologies, Intermedia and NetEnrich. Some of the Ingram relationships are top down — involving big technology companies (CA, IBM) that are pushing down into the MSP market.

In stark contrast, I think Synnex is using a bottom-up approach — working mostly with small but purely MSP-centric software companies like Axcient, Intronis and Reflexion. The net result: The Synnex software partners understand MSP market opportunities from day one.

Now, back to this blog’s headline: Is Synnex chasing Ingram Micro or truly innovating?

Look behind the curtains at both companies and you’ll find innovations.

So there’s innovation in both camps.

Also of note: Ingram and Synnex aren’t really talking about each other on the cloud computing and managed services fronts. Sure, they compete in some ways. But ultimately, I think each distributor is striving to assist their existing VAR and reseller bases on the road toward managed services and the cloud.