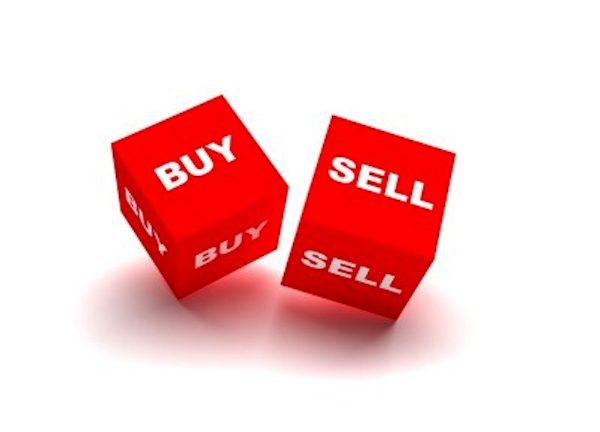 SolarWinds acquired N-able Technologies today, setting the stage for even more intense competition with ConnectWise-LabTech Software, Continuum, Kaseya, Level Platforms, GFI Software and other managed services software providers. So where are each of the RMM (remote monitoring and management) software companies heading next? Here are some behind the scenes clues from MSPmentor.

SolarWinds acquired N-able Technologies today, setting the stage for even more intense competition with ConnectWise and LabTech Software, Continuum, GFI Software, Kaseya, Level Platforms, LogMeIn, Dell’s PacketTrap business, and other managed services software providers. So where are each of the RMM (remote monitoring and management) software companies heading next? Who will stick around and who may exit? Here are some behind the scenes clues from MSPmentor.

Let’s start with the SolarWinds/N-able deal. The story actually starts in November 2010, when N-able named JP Jauvin president. Jauvin’s arrival had major impact across N-able’s day-to-day business processes, which vastly improved under his management. CEO Gavin Garbutt was freed up to focus on long-term strategy and Senior VP of Sales Mike Cullen could zero in on global expansion.

Garbutt focused on more than long-term business planning. Several times in recent years, he made trips to New York and other financial centers to weigh a range of potential business development and exit strategies, MSPmentor has heard. By October 2011, N-able raised private equity from Accel-KKR. By late 2012 and early 2013, MSPmentor heard rumors that N-able’s “book” (a financial overview of the company) was circulating among potential buyers in New York and California.

N-able was showing solid growth — but not fast enough or dramatic enough to pursue an IPO, MSPmentor heard from multiple sources.

Meanwhile, SolarWinds has enjoyed success in the corporate mid-market but has been looking for a way to crack into the SMB market. SolarWinds CEO Kevin Thompson’s conclusion: N-able was the best path into that market.

In response to the SolarWinds/N-able deal, ConnectWise stated: “ConnectWise, LabTech and Quosal congratulate N-able on their recent news. It will be interesting to watch what impact the acquisition will have on the N-able product roadmap and their current and future customer set. The ModernOffice Suite will continue to be dedicated to the IT Solution Provider and MSP community with industry-changing innovation enabled by convergence and integration between ConnectWise, LabTech and Quosal. We remain privately held, debt-free and are committed to reinvesting profits back into our community to deliver a best in class end-to-end IT lifecycle management solution. We fully believe a converged suite is the future of the channel.”

MSPmentor’s bigger question: What is the potential exit strategy for ConnectWise, LabTech and Quosal? If I had to guess, I do think the combined organization has been growing fast enough for a potential IPO. And if you look closely, you’ll notice that ConnectWise has been driving more and more revenues from cloud rather than on-premises sales. But CEO Arnie Bellini has always stated he’s focused on a growth strategy, rather than a specific exit event…

Near-term, I believe Continuum is a buyer rather than a seller in this market. Summit Partners acquired Continuum from Zenith Infotech in 2011. Continuum has since delivered a range of software, monitoring and NOC enhancements. CEO Michael George and his executive team are veterans of enterprise-class businesses. I do believe Summit Partners has a war chest to help Continuum make acquisitions — if George spots the right M&A target.

In response to the SolarWinds/N-able deal, George told MSPmentor:

“I think for IT services organizations serving the small to medium-sized market it speaks volumes. It’s great news and validation for all that people are leveraging managed services tools, technology, and remote monitoring and management in the category. SolarWinds is a very substantial company and a great proxy for how important this category is, so I think it is really great news in that regard. It further validates the need and demand for managed services in the small to medium-sized business market.”

But as for N-able’s MSPs, George added:

“SolarWinds is 99 percent direct, if not 100 percent direct, and is not a channel friendly company in any way shape or form. By virtue of the fact that they took the N-able sales approach, which was a perpetual license model, and immediately converted it to a SaaS-based model would be a leading indicator that SolarWinds is going to take the N-able product direct to the end user like all SolarWind’s products are. While it may be good for the managed services market as a whole, I think it’s a death knell for the MSPs that have been beholden to N-able.”

MSPmentor Note: SolarWinds and N-able have indicated that they will continue to sell to MSPs that serve SMBs, though MSPmentor will watch the SolarWinds sales strategy closely.

Last I heard GFI Software was preparing a potential IPO but I’m not sure where it stands. The company now supports more than 7,500 MSPs, according to GM Alistair Forbes. And a major partner conference is coming this fall. But I have to check up on the IPO status.

Yes, Big Blue has an eye on the MSP market. The company is set to host an IBM MSP Summit in June. But I don’t see IBM buying its way into the MSP software market. Rather, IBM wants to sell MSPs on its cloud services and converged data center hardware.

The company shifted to a complete subscription-based pricing model in 2012. Some pundits have suggested that the 2012 shift could help Kaseya to more easily attract a potential buyer. But CEO Gerald Blackie and other executives at the company have previously indicated to me that the shift simply reflected a market reality: All software companies are going to the subscription model. Separately, Kaseya declined to comment about the SolarWinds/N-able deal.

The company’s Managed Workplace 2012 platform put Level Platforms back on the map. So what’s next? CEO Peter Sandiford and VP Dan Wensley will seek to rally hundreds of MSPs during a Level Platforms MSP Community Summit (June 17-19, Las Vegas). I have heard rumors over the past three years that Level has contemplated a company sale but could never agree with potential suitors on valuation. Overall, I believe Level Platforms continues to grow though I don’t know how fast. Separately, Level Platforms declined to comment about the SolarWinds/N-able deal.

Watch this company closely. A more aggressive MSP push is coming. And it will be a multi-product push.

PacketTrap, part of Dell’s Quest Software buyout, continues to grow. Dell Software President John Swainson concedes that PacketTrap is a relatively small piece of the company’s overall software strategy. But during a recent meeting with The VAR Guy, Swainson mentioned that he sees potential opportunities for PacketTrap to compete more on the scale of SolarWinds.

Talk about an ironic statement — given today’s SolarWinds move.

Whom Did I Miss?

I apologize in advance if I overlooked any major MSP-oriented software companies that compete with SolarWinds and N-able. Feel free to post a comment or send me email (joe [at] NineLivesMediaInc.com) requesting a potential article update.

On the one hand, the MSP market continues to grow nicely and demand for management software also continues to grow. But on the other hand, this market remains extremely fragmented. Roll up all the companies, and I suspect you’re talking about a sub-$1 billion total RMM market. That’s why giants like Microsoft and Symantec have avoided the temptation to buy their way into this industry

Still, some midsize software companies have been buyers. CA Technologies’ 2010 buyout of Nimsoft continues to perform well. And now SolarWinds is scooping up N-able.

Who’s next on the buyout list? Re-read this blog a few times and you might find some clues. And don’t forget to extend your definition to cloud-oriented monitoring companies — where startups like Boundary (run by former Nimsoft CEO Gary Read) are on the rise…